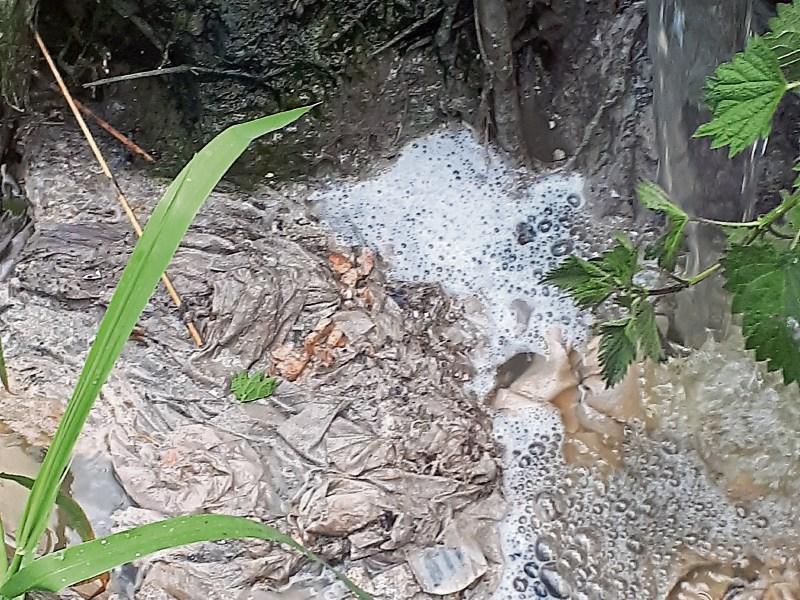 “THERE is a plague flowing through the town,” Askeaton councillor Kevin Sheahan declared dramatically when he condemned the lack of action in addressing the flow of raw sewerage into the Deel river at Askeaton.

A report, carried out on behalf of the Askeaton Swimming Club, he said, had warned that children entering the river could face paralysis or blindness as a result of e-coli in the water.

“Askeaton is no longer a problem. It is a crisis,” he said.

Testing of the water in the Deel has continued since last July when the Askeaton Swimming Club first discovered that e-coli in the water was above acceptable limits. A detailed report presented to Adare/Rathkeale Municipal District councillors within the last week showed the area between the ‘Lep’ and the swimming pool to be the most polluted by human waste. It also said a “significant risk” was the discharge from the Askeaton Waste Water Treatment Plant.

Discharges from the plant, councillors were told, are monitored by the council for Irish Water under licence and passed to the Environmental Protection Agency who have the responsibility of policing the licence.

“Have the results been forwarded to the EPA and to Irish Water? ” Cllr Stephen Keary wanted to know. “It is pointless doing testing if the results just sit there.”

Cllr Adam Teskey pointed out that in Dublin, the EPA had brought Irish Water to court for breach of an operations licence. “What is good in Dublin is good in Limerick,” he said. “We should ask the EPA to investigate Irish Water.”

“The EPA stand accused by us of neglect of duty,” Cllr Sheahan declared but he took issue with the claim in the report that the town had a “waste water treatment plant”. What the town had, he argued, was a series of settlement beds built in the 1940s for a town of 500 people and which were now totally inadequate and had been for years. When there is heavy rain, he said, the manholes pop and raw sewerage combined with storm water flows on to the streets. “There is money for everything, greenways, runways and riverways, and they can’t find money for a sewerage system for the oldest town in the county.”

Being on a list for sometime after 2025 was not good enough, he added, and he was prepared to take legal proceedings if necessary.

The €10m needed to build a plant in Askeaton was a “drop in the ocean” Cllr Emmett O’Brien said. “We have two ministers in this constituency. If they can’t get the money, God help us, who can?”

“It is an absolute affront to public decency that raw sewerage is going into any river,” he said, agreeing with Cllr John O’Donoghue that the Deel is not the only river being polluted.

Councillors agreed to invite the three Limerick County TDs to a meeting to discuss the issue.

Cllr Bridie Collins asked that a representative from the EPA also be asked to attend, given their role in vetting the discharge licence. They need to answer “why they are not being more effective”, she said.