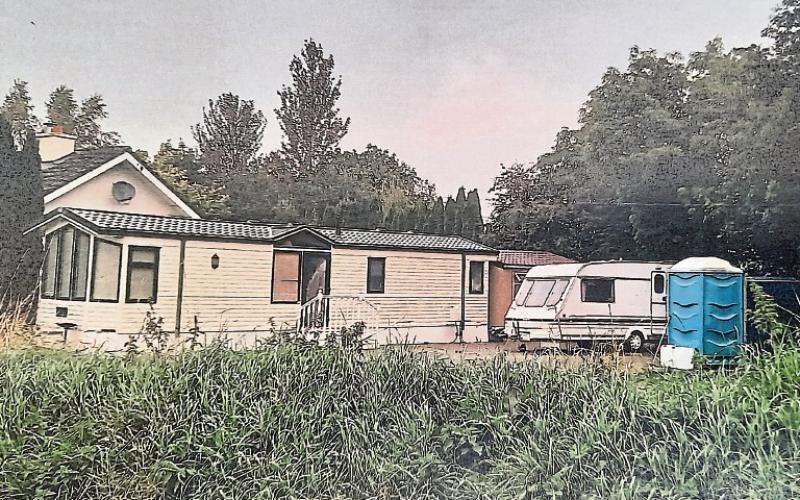 A FATHER-of-three who installed a hard core surface and a mobile home on lands near Kilmallock without planning permission has been warned he is not entitled to break the law.

Timothy O’Reilly junior has appealed the imposition of a one-month prison sentence over his failure to comply with an enforcement notice requiring him to remove the unauthorised structures from the lands at Garrynderk.

He was also fined €1,000 earlier this year and ordered to pay €3,500 towards Limerick City and County Council’s costs.

Solicitor Will Leahy, representing the local authority, told Limerick Circuit Court the unauthorised items are still on the site and that a shed, portable toilet and caravan have been installed since Mr O’Reilly was convicted, at Kilmallock Court, last May.

Urging the court to vacate the custodial sentence, Barrister Aaron Desmond said his client is of limited means and is currently on the council housing list.

“It is a regrettable position that he finds himself in but his options are very limited,” he told Judge Tom O’Donnell.

Mr Desmond said his client’s wife suffers from ill health and that an alternative arrangement is “non existent”.

While noting Mr O’Reilly’s predicament and his personal circumstances, Judge O’Donnell commented that he is not entitled to break the law.

”The reality is he is not entitled to do what he has done – it’s a very substantial set up.”

Adjourning the matter for review early next year, the judge warned the appellant there is a prison sentence hanging over him and that he will “have to consider activating it” if the matter is not resolved to the council’s satisfaction.