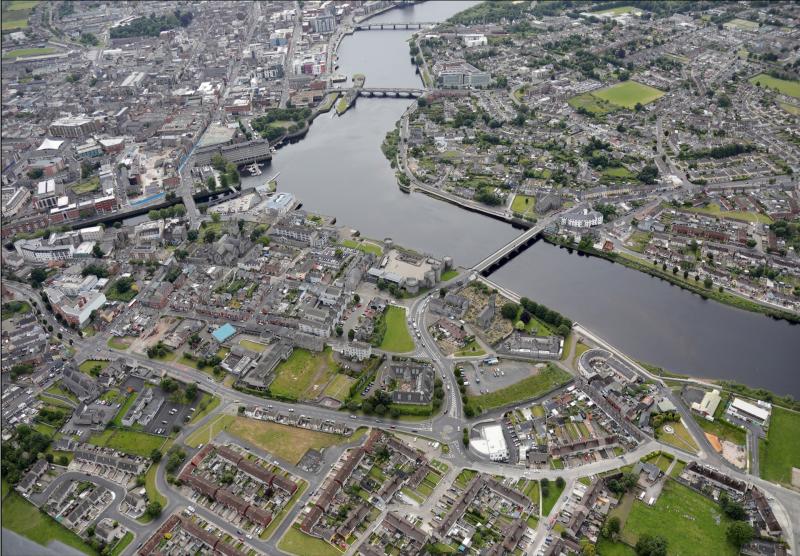 THE Government has launched the new National Development Plan 2021 - 2030 with several projects in Limerick included.

The €165 billion plan, which was launched at Páirc Uí Chaoimh in Cork, is the largest National Development Plan ever delivered in the history of the State and will have a particular focus on priority solutions to strengthen housing, climate ambitions, transport, healthcare and jobs growth in Limerick and around the county.

While the N/M20 Cork to Limerick road is included it's unclear if the final project will see the construction of a new motorway or an upgrade of the existing road between the two cities.

Details of the timescale and the estimated costs are not included in the detailed document which has been published this Monday.

Other roads projects in Limerick which are included in the plan include the N21/N69 Limerick to Foynes road (Adare bypass); the  Newcastle West Bypass; the Abbeyfeale bypass and the N24 Cahir to Limerick Junction project which will pass through parts of East Limerick.

According to the revised plan there will be also be significant development of commuter rail in Galway and Limerick over the next decade. This includes the construction of a new Limerick commuter rail network including new stations on each of the
historical rail lines.

A rail link between Limerick and Shannon Airport will also be developed as envisaged in the Limerick-Shannon Metropolitan Area Transport Strategy.

According to Green Party TD Brian Leddin, five suburban rail lines will be developed out of Colbert station: the Adare/Foynes line with stations in Dooradoyle, Ballycummin and Patrickswell; the Mungret line with an additional station at Ballykeeffe; the Nenagh line with stations at Birdhill, Castleconnell, and potential for a new station at Lisnagry; the Limerick Junction line with a new Park and Ride station near Northern Trust; and the Galway line with stations at Parkway, Corbally, Moyross, Cratloe, where a new line will branch off to serve Smithstown, Shannon Town, Shannon Industrial Estate and Shannon Airport.

The NDP will play a significant role in addressing the opportunities and challenges over the coming years on issues including:
✅Covid-19
✅Brexit
✅Housing
✅Health
✅Climate Action
✅A population projected to grow by 1 million people between 2016 & 2040https://t.co/UcROkg9Skp pic.twitter.com/buNwgD1BzW

Non transport-related projects which are included in the revised plan include the Limerick City and Environs Flood Relief Scheme which is currently in development; projects being advanced by Limerick Twenty Thirty including the Opera site, the Cleeves site and the development of a World-class waterfront - details of which were announced over the summer.

A number of ongoing projects such as the construction of a new wing at Limerick Prison; the Living Limerick City Centre
Initiative;  the Castletroy Greenway and the development by IDA Ireland of the Advanced Manufacturing Centre at the National Technology Park in Plassey.

Development works at Foynes Port are also mentioned in the plan. The works, which includes an expansion of the existing jetty and the purchase of additional lands is expected to be completed next year.

New initiative launched to give Shannon Airport a boost