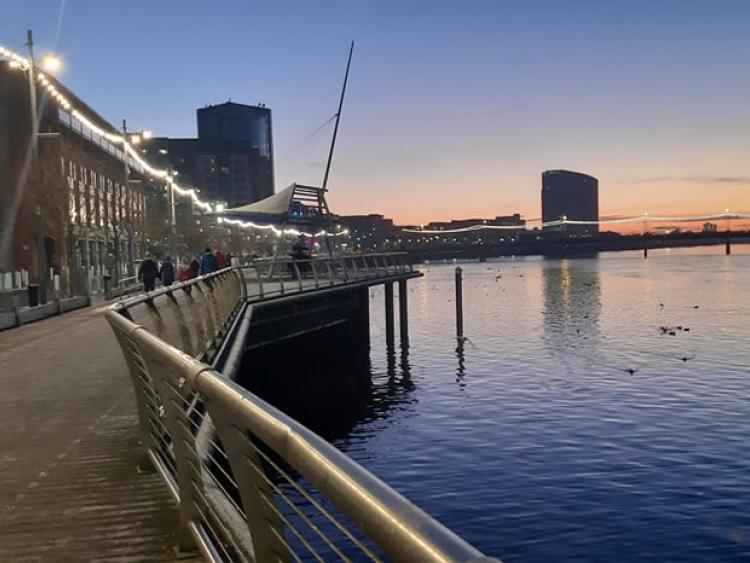 MORE than €100m in government funding has been announced for two major initiatives in Limerick city, including the development of a word-class waterfront.

Details of the allocations, under the Urban and Regeneration Development Fund, have been confirmed by the Minister for Housing, Local Government and Heritage, Darragh O’Brien.

A total of €73.4m will be used to fund plans for a world-class waterfront which will include the development of the Cleeves Riverside Quarter and the construction of new pedestrian bridges and various public realm works.

Separately, €42.61m has been allocated for the Living Limerick City Centre Initiative.

This project, the department says, is about making positive, innovative and transformational change to revitalise the centre of Limerick city and supporting the objective of compact growth in a holistic and strategic manner.

It will include the renewal of vacant and underutilised stock under the Living Georgian City Programme. As part of the Digital Innovation Cluster Programme, an innovation campus will be developed within the city centre to attract cutting-edge companies, start-ups, 'Accelerators’ and other related entities.

The funding announced today for #MidWest & #SouthWest totals €567m & include:

Commenting on the announcement of the funding, Minister O'Brien said: “Both Limerick projects are extremely exciting and will result in new opportunities such as a digital innovation cluster and a world-class waterfront along the Shannon. The Living Georgian City Programme will focus on creating new economic opportunities from derelict buildings in a city that has seen high levels of buildings vacancy over the years.”

The Department Housing, Local Government and Heritage will now engage with Limerick City and County Council on the next steps regarding the allocations.

“This funding will support projects in the Mid-West that will enhance the quality of life for many people. The projects are all about making these areas even more attractive places in which to live, work, visit and invest. Overall, I believe this funding can be a catalyst for regeneration, development and growth. It will also provide much-needed economic stimulus and job creation in the Mid-West as our economy emerges from the depths of the pandemic," added Mr O'Brien.

Projects submitted by Limerick City and County Council have received funding of €116 million through the government’s Urban Regeneration and Development Fund.