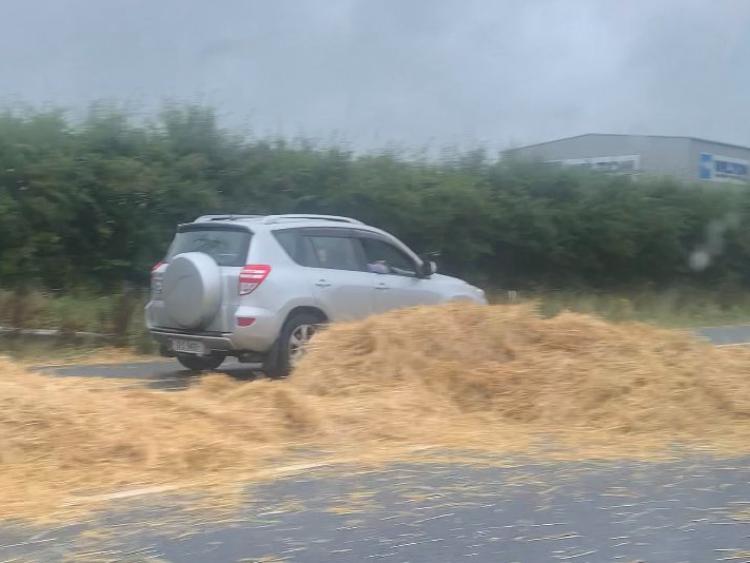 A flyover bridge that famously knocked straw from a lorry on the M7 is “dangerously low”, claimed Limerick TD Richard O’Donoghue.

The traffic chaos and delays resulted in the All-Ireland semi-final between Limerick and Waterford being delayed for half an hour. Deputy O’Donoghue doesn’t want a repeat of the incident at junction 10 near Naas this Sunday!

He has written to Transport Infrastructure Ireland of his concerns and has requested an investigation into the overpass height.

“This isn’t the first time this bridge has been hit. In fact, it’s a regular occurrence. It’s the only bridge either going up or coming down from Dublin on that M7 that has marks on it from being struck. Why? Well, it’s lower than any other bridge on the motorway.

“I’ve been speaking with many truckers and they too are of the same opinion. Actually, the outer lane of the two going northbound at that point is lower than the inner, which in itself is a dangerous concern. The other side of the motorway in terms of the bridge height is fine. It’s just northbound that there is an issue, and a major one at that,” said Deputy O’Donoghue.

He continued: “There has to be something wrong when a truck travelling from Limerick to Dublin never happens to touch any other bridge only this one near Junction 10.”

Deputy O’Donoghue has also raised the matter with Minister for Transport Eamon Ryan.

‘If Limerick win you won’t see me in town for a week!’