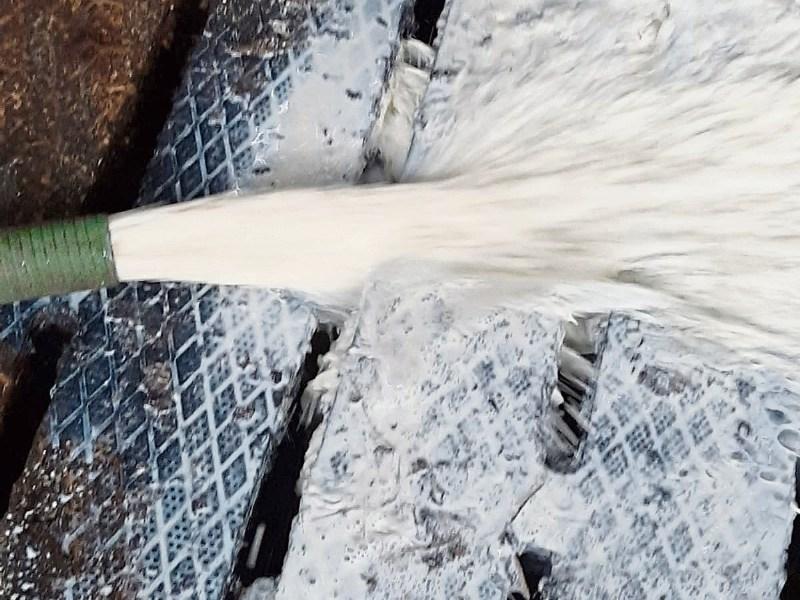 A COUNTY Limerick dairy farmer spilled hundreds of gallons of milk into a slurry tank earlier this week due to a dispute over a hedge.

Robert Hickey, of Carrigmartin, Ballyneety said he received a note from a driver for his milk processor on Monday, August 2. It read: “Last collection ‘til bushes cut back.”

Mr Hickey, aged 52, has received previous warnings that his milk collection would stop.

Since then Mr Hickey has been keeping the milk in the bulk tank until it was full. Speaking to the Leader, Mr Hickey said: “I kept the milk in the bulk tank until this evening (Monday). I milked the cows tonight and I had no place to put the milk. I had to empty it all into the slurry tank. It is very stressful and is affecting my mental health.” The milk is valued at around €1,250.

Mr Hickey wrote to the Limerick City and County Council back in March to inform them of the “excessive overgrowth and encroachment of the roadside hedge along the public road leading to my property”.

The letter adds: “Due to the extent of this encroachment, the company to whom I supply milk and collect this milk from my farmyard, are refusing to collect same. I request that Limerick County Council immediately cut back and trim this roadside hedge to allow the dairy truck to be able to access my farmyard and collect the milk.”

Following a query from the Limerick Leader, a council spokesperson  said the cutting of hedgerow is the “responsibility of the landowner and he can carry out this activity outside of the bird nesting season annually”.

They added: “The dates that hedge cutting can occur is between September 1 and February 28 annually – hedge cutting is prohibited between March 1 and August 31 every year."

The spokesperson went on to state: “The landowner is incorrect in his assumption that hedge cutting is the responsibility of the local authority and should cut his hedgerow from September 1."

Mr Hickey's position is that the hedge "is in the charge of the council as was stated in court".

"It is my opinion that it is their responsibility," said Mr Hickey, who adds that he won’t be cutting the hedge.