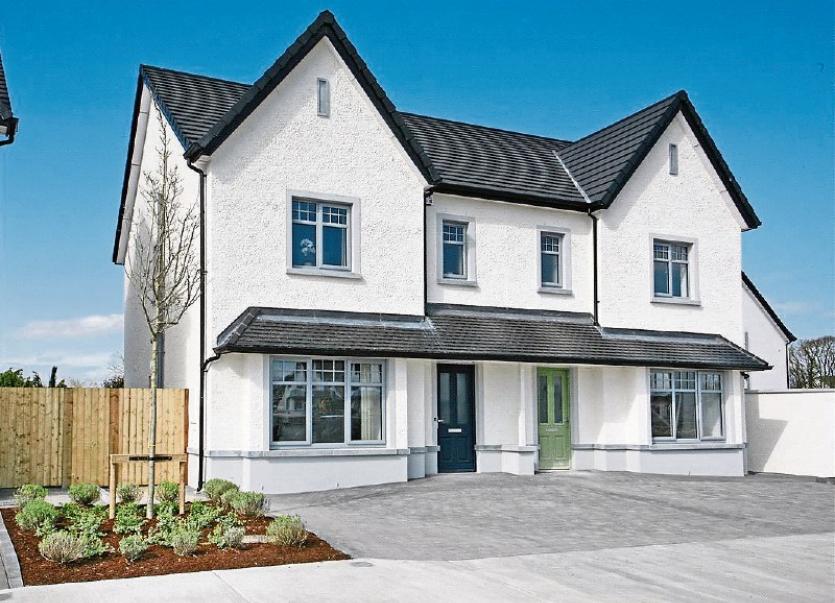 Hot properties: The latest release of homes in Mungret Gate (main photo) and The Edge, Castlebrook Manor, Castletroy (below) sold out in less than 24 hours

THE latest phases of two new housing developments in city suburbs sold out in just one day.

When contacted by the Leader, Sinead McMullen, of Sherry FitzGerald Limerick, confirmed that the most recent releases of Mungret Gate and The Edge, Castlebrook Manor, Castletroy were both snapped up in under 24 hours.

Ms McMullen said it underpins the demand for housing in Limerick, Cork and Galway as opposed to Dublin.

“People are working from home so property has more value than it ever had. In May, we had the launch of 28 units in Mungret Gate and they were all sold in one day. Just last month we released 25 units in The Edge, Castlebrook Manor and again they were sold in one day,” said Ms McMullen.

Twenty four of the 25 abodes released in The Edge, Castlebrook Manor are three bedroom semi-detached (€325,000) with one four bedroom detached (€450,000). All prices listed are “starting from”.

They have all been bought off plans with a completion date of late this year or first quarter 2022. Ms McMullen reports between 300 and 400 registered their interest in both developments. There are currently up to 60 on a cancellation list if buyers pull out.

“I have never seen the level of demand we have experienced in the last six months. It is really unprecedented. The housing supply is at the lowest level seen in 14 years.

“We certainly never forecast that this would happen. At the start of the pandemic we were all worrying about how we would get through it,” said Ms McMullen.

What kind of clients is she seeing interested in purchasing these brand new homes?

“Seventy to 80% would be first time buyers. They are trying to get on the property ladder. They have savings behind them because they haven’t had the opportunity to spend during Covid. We are seeing people with Limerick links coming back from Dublin, from abroad, as far away as Australia. It is very positive that people are coming back to Limerick, Cork, Galway etc and it isn’t all happening in the capital.

“The help to buy scheme, which is due to expire at the end of the year, is a real driving force in the new homes market,” said Ms McMullen.

New phases of Mungret Gate and The Edge, Castlebrook Manor will be released later this year.

Ailbhe O’Malley, director of Sherry FitzGerald Limerick, said the increase in savings by people employed throughout Covid has sped up the process of those going to come to the market in the next couple of years.

“They need houses and they need new houses built. They need it to happen quickly and it is just not happening. A lot of people who would have been in the market in Dublin have realised now they can buy in Limerick and work from home. If they are in the €250,000 to €400,000 bracket, Limerick is an option for them whereas Dublin wouldn’t have been,” said Ms O’Malley.