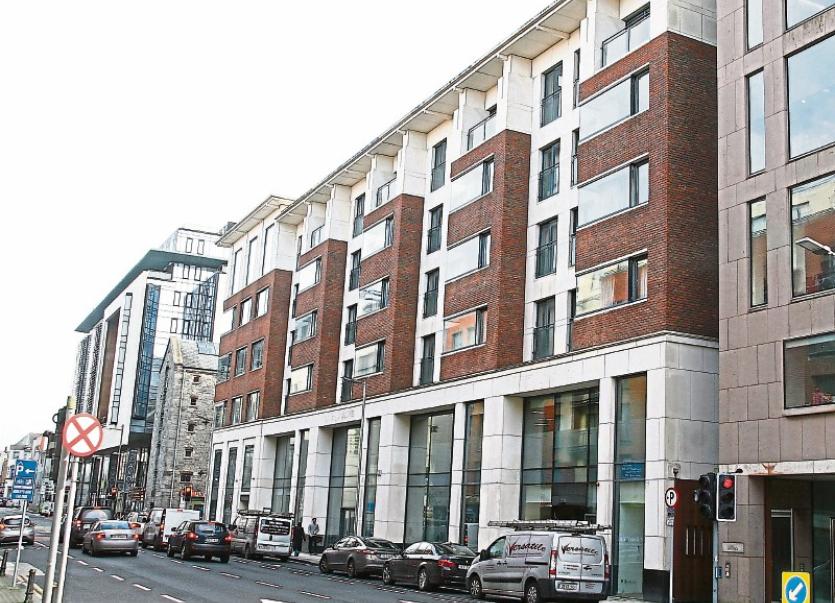 SIXTY seven apartments in the Carlton development at Henry Street in the city centre sold for €11.25m last month, according to the Property Price Register.

Five years ago – October 2016 –  they were put up for sale with offers sought in excess of €9.5m. There are no listings of the 67 apartments being sold on the Property Price Register after they were put on the market back then.

It is not known who the new owners of the 32 two-bedroom and 35-one bedroom units are. The Carton apartments don’t appear to have been advertised widely judging by a search online - in comparison with 2016 when stories about their availability featured in the Leader and Irish Times.

Back in 2016, promotional material said all of the 67 apartments were occupied and produced a combined rent roll of €586,800 a year. The apartments are in one block designed around a central atrium which is accessed off Cecil Street.

The Carlton development was completed by well-known Limerick developer Aidan Brooks in 2008.

The apartments were developed as part of the city’s “urban renewal scheme”, under the Department of the Environment, and investors who purchased units received tax incentives from the Department of Finance, in line with other developments in Limerick before the boom went bust.

In late 2015 / early 2016, Mr Brooks bought back the apartments for circa €19m – even though their value had plummeted to less than half that since he built them 10 years previously.

Under a tax incentive scheme, the developer had the right to buy back the apartments after a decade – and honoured this proposition, even though the value of the apartments was nowhere near their original price in the Celtic Tiger times.

While he was not legally obliged to do so, local sources told the Leader in early 2016 that “had he not done the right thing, investors would have lost at least €150,000 and upwards, but have now accrued a big windfall given the current climate”.

Despite Covid, the economic and property landscape is vastly different to 2016 and they have now changed hands for €11.25m.

The Carlton apartments range in size from 48.2 sq m to 69.7 sq m and “are all finished to a high specification throughout”.

Mr Brooks, known to be a private person, is highly respected within the property world for building high quality projects. He successfully navigated his way through the downturn.

Through Tribeca Holdings, the investment company based in Mayfair in London owned by the Brooks family, he has masterminded multi-million euro deals in New York, Paris, London and other locations around the world.

Mr Brooks started his career in the mid 1990s with the development of the former Bedford Garage on Howley’s Quay and he went on to transform much of Henry Street.