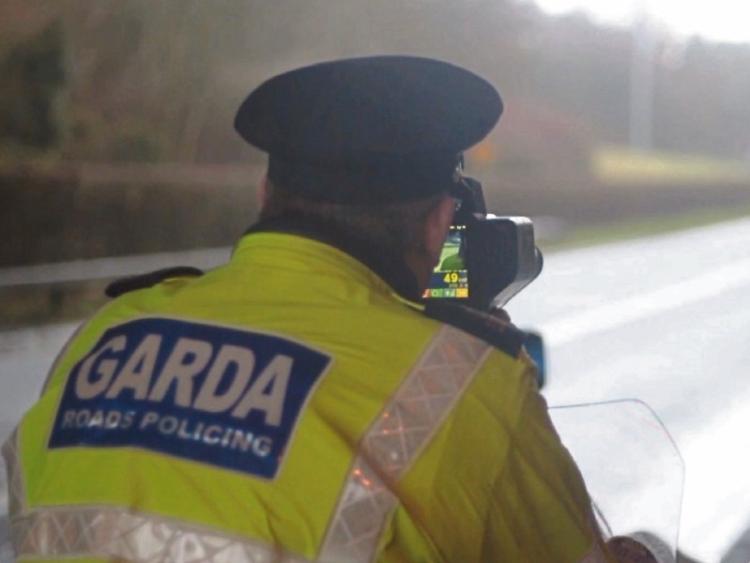 A garda carrying out speed checks during National Slow Down Day

GARDAI have expressed concerns at the number of speeding detections which were made in Limerick and across the country during a 24-hour clampdown.

A large number of drivers were caught speeding in Limerick during National Slow Down Day including at least nine at the same location – on the N18 at Coonagh West.

The operation, which was supported by the Road Safety Authority, ran from 7am on Friday to 7am today.

Nationally, nearly 1,000 detections were made with gardai and GofSafe vans checking the speed of 150,605 vehicles.

National ‘Slow Down Day’ was held over a 24-hour period. In total, 150,605 vehicles were checked and 994 vehicles detected in excess of speed limit.

“It is concerning that despite advanced warning and our widely circulated appeals to slow down that a significant number of motorists still failed to drive safely within the applicable speed limit. In the course of the campaign we detected a number of vehicles which were being driven at well in excess of the speed limit”.

According an update, posted by gardai on social media, the detections near the Limerick Tunnel involved speeds between 101km/h and 116km/h. The limit in the area is 80km/h.

Other notable detections in Limerick included

59km/h in a 50km/h Zone at Ballinacurra Road, Limerick