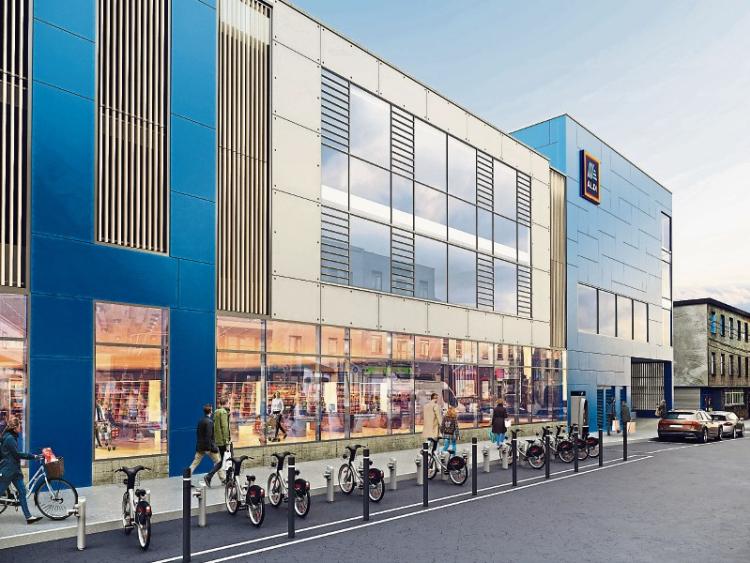 Aldi is seeking to open a store in Roches Street

AN Bord Pleanala will decide whether Aldi can open a new supermarket in the city centre.

It comes after a coalition of local retailers appealed against Limerick City and County Council’s planning permission to the national appeals body.

Aldi had secured approval from local planners to open beside the former eir exchange.

However, a number of local retailers who initially objected have reiterated their opposition to the proposal, which the firm says could deliver a total of 100 construction jobs and 25 permanent positions once open.

One retailer, who asked not to be identified, said they feel there is a better use for the city centre site, and expressed concerns over traffic access on what is already a busy street.

Putting in a branch of Aldi, they argued, would represent a “huge opportunity lost” and instead argued for office accommodation or apartments.

Aldi originally applied for planning permission last May, but following a request for further information from Limerick City and County Council, it submitted a fresh application.

The low-cost retailer is seeking to open beside the eir exchange, and plans to build a multi-level discount store in the car park.

In a statement, Aldi said it will provide 75 customer car parking spaces, while it’s complex will now provide a mix of uses including an office on the first floor.

The existing eir surface car park will be relocated to the third floor.​

Aldi said in a survey, which took place in February 2020, that 87% of shoppers in Limerick would be happy to see the discounter open in the city centre.

The German firm already has branches at Childers Road, Dublin Road and in Newcastle West.

A decision is due from An Bord Pleanala by Thursday, June 17.