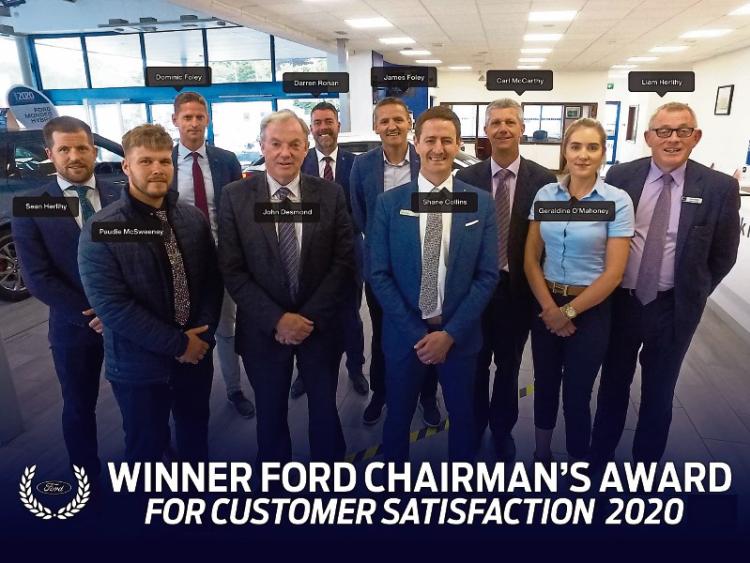 North Cork Ford Dealership, Cavanaghs of Charleville, this week announced that it had recently been awarded the Ford Chairman’s Award for Customer Satisfaction in 2020.
This is seen as a highly prestigious award given to the top performing dealership in the Ford Network and is based 100% on customer feedback taken during the year.
This is actually the 20th time that Cavanaghs has collected an Award in either the Sales or Service functions with Ford since becoming a main dealer in 1966.

The win was announced by Lisa Brankin (Managing Director of Ford UK & Ireland) during a recent online Dealer event and she commended Cavanaghs for its consistent high levels of performance and its commitment to maintaining its elevated customer standards – especially during the challenging times that the industry finds itself in.

The company employs 50 staff in the Charleville branch and a further 10 staff in its Mallow branch.