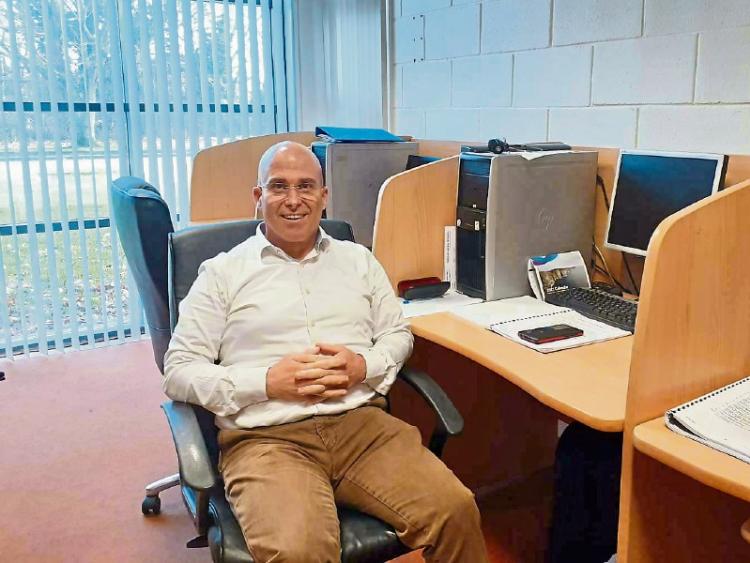 A THOMONDGATE man is hoping for a far more positive new year, after using 2020 to get his life back on track.

Joseph Molloy suffered a debilitating illness and lost both his career and his confidence, but has now learned important computer skills with support and training from the National Learning Network in Raheen.

After a long, successful career as a horticulturist, Joseph developed painful sciatica which left him unable to complete his work and he made the tough decision to leave his job.

Taking up the story, Joseph said: “I was working in Limerick City and County Council as a horticulturalist for 21 years and everything was grand, until I developed sciatica. I battled on working through the pain for as long as I could but eventually, after two years, I had to give up the ghost and leave my job.”

Not surprisingly, this  stopped Joseph in his tracks – and left him short of options, with just one job in the last 21 years.

“I didn't have a big range of things on my CV even though I had been a workaholic. I was the type of person always on the move and then to have to stop, it was horrible. When I was recommended to the National Learning Network, I jumped at it,” Joseph said.

At that time, he admits his confidence was on the floor, and he was thankful to the learning network for picking it back up for him.

He said: “The whole atmosphere there is all about ‘I can’. It’s all about trying and trying again until you succeed. My confidence is restored. Because I was in my old job for so long, it can seem daunting and it can take quite a while to get used to new ways or working and new systems. The instructors do their absolute best for you here. I would recommend NLN to anyone with an illness or disability. You’ll find so much more is on offer to you here and it will open up more doors to you.”

Joseph took part in the IT and office skills course at the learning network, and was surprised by how much he had to learn.

“When I walked into the class and had to ask the instructor how do you turn on the computer, that’s usually not a great start! But slowly and surely, I picked everything up. I’ve had to upskill and reskill,” he smiled.

And proving just how far he has come he now has his own business working with ancient coins.