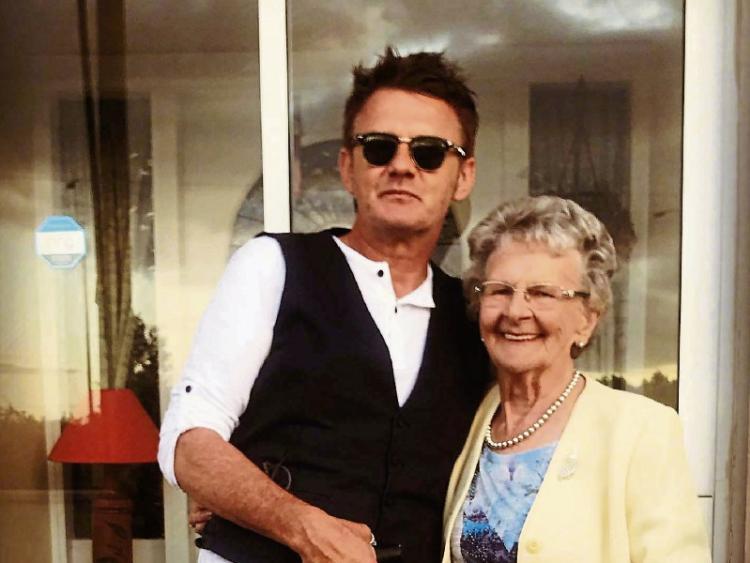 DON MESCALL has written songs performed by everybody from Cliff Richard to Geri Halliwell but a special tune was inspired by his 96-year-young Limerick mother.

And it is extra special because it will support very special people – carers. Life is a Beautiful Dance began for the internationally successful songwriter as he was watching Dancing with the Stars with mum, Babs, in Ahane.

“I happened to catch my good friend, the lovely Mary Kennedy, dancing a beautiful waltz with her partner John Nolan. I remembered my mother telling me that herself and my late father would always find time before he left for work every morning to waltz on the kitchen tiles. That was where the idea came for the song, as I watched Mary and John and visualised my mother and father,” said Don.

Having made a demo in his new Cavan studio, Don then hit on the idea of asking Mary, and her sister Deirdre to record the song as a Christmas single for charity.

Mary Kennedy said when Don phoned her to say he had composed a song for her, “I was surprised and genuinely honoured.”

“He is a hugely talented songwriter and I have admired his work since I met him a few years ago to film with him for Nationwide. Life is a Beautiful Dance is a lovely reminder for me of a life enhancing experience on Dancing with the Stars with the amazingly talented John Nolan.  I was delighted to have the opportunity to record this with my dear sister Deirdre. Together we decided to use it to raise money for Family Carers Ireland, a charity close to my heart,” said Mary.

Don used the talents of many wonderful musicians in Ireland, UK, Nashville and Sardinia, and because of Covid-19 it became a very international production. He is delighted with the result and hopes to raise much needed funds for Family Carers Ireland.

“These carers are the unsung heroes, get very little recognition and even thanks from so many people. What a completely selfless act to dedicate your life to caring for someone else who can't look after themselves, either a family member or, indeed, someone who is not in any way related to you. It’s totally humbling,” said Don.

Life is a Beautiful Dance can be downloaded from major digital retailers for just 0.99 cent. You can also text FAMILY CARERS to 50300 to donate €4.