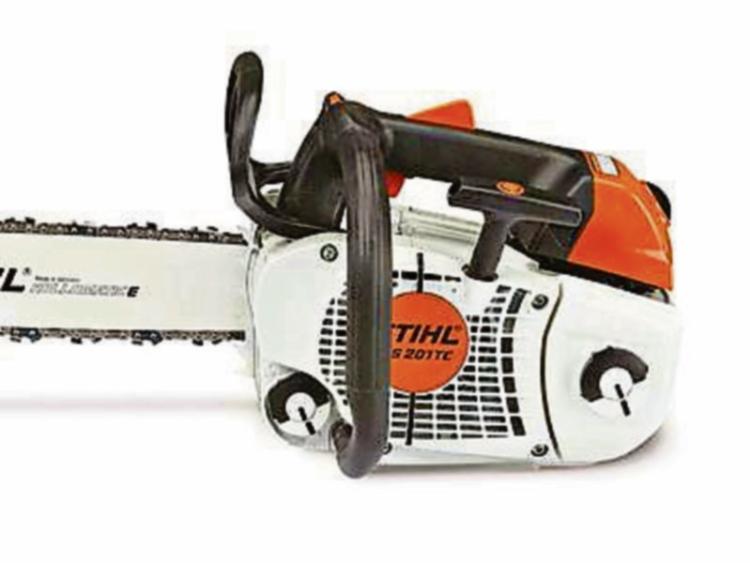 A number of Stihl chainsaws were stolen

Gardai are investigating the theft of severa power tools during two burglaries in County Limerick.

The incidents occurred in the Knocklong and Newcastle West areas when the properties – an unused cottage and a garage were unoccupied.

"On Friday, October 30, a man in his early 70s discovered that the unused cottage on his property (in Newcastle West) had been broken into. Entry had been gained by smashing a rear window," said Sergeant Ber Leetch.

Three days later - on November 2 - a house in Knocklong was broken into.

"The owners were only out of the house for one hour, between 2pm and 3pm, but on their return they discovered that a bedroom window at the rear of the house was smashed," said Sgt Leetch.

A Stihl consaw, a Husqvarna chainsaw and a Honda power washer were stolen.

Gardai say some of the stolen items may be offered for sale in the coming weeks are  they are appealing to people not to buy property which they believe may be stolen.

Anyone with information on either burglary is asked to contact their local garda station.