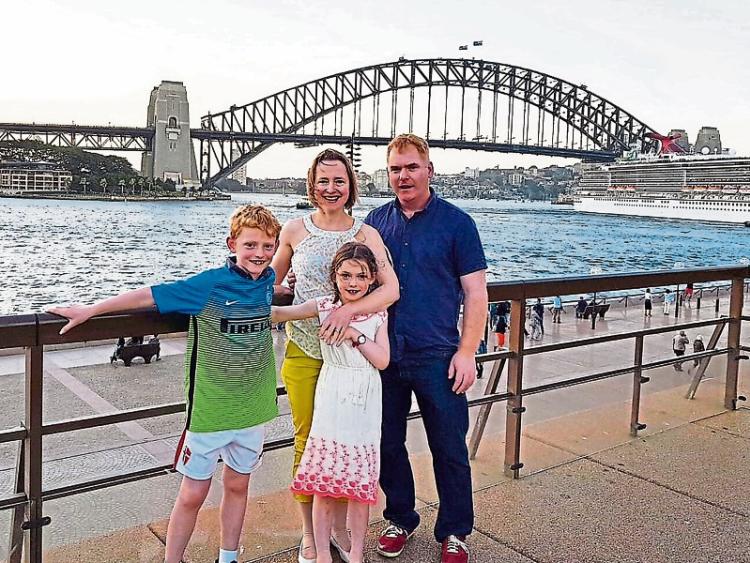 AS WE enter our third week of lockdown, Melbourne’s has been lifted after 100 days.

“Everyone is like a spring lamb let out in a field – bit nervous at first but then giddily running about as if everything is all new,” said Professor Jack Anderson, who hasn’t forgotten his rural roots in Doon.

The director of Sports Law Studies in the Melbourne Law School told the Leader that his children – Daniel and Katherine – spent so much time with wife Teresa and himself that their Irish accents came back!

He said Melbourne first went into lockdown on March 16 and apart from a brief period in June it remained in strict lockdown until the middle of October.

“Going back into lockdown in July was a lot worse than the first time in May. The virus had largely been contained in Australia in July but an outbreak in a hotel in Melbourne, where international travellers were quarantining, meant we had to go back.

“The second wave was a disaster and 90% of Covid-related deaths in Melbourne can be traced back to the hotels. The strict lockdown lasted over 100 days. For a while there was a curfew and you were confined to a 5km radius around your house.

“If you were not an essential worker, you could only go outside to shop for food and medicine or for an hour’s worth of exercise. The schools closed and so everyone in the household was ‘working’ from home, mainly by way of ‘zoom and doom’,” said Jack.

The lockdown worked and the average number of daily cases in a city of 5 million is now about 3.

“Restrictions have eased. Under the lockdown, the order was ‘stay at home; it’s now ‘stay safe’. Schools and shops have reopened as have pubs and cafes.

The proud Doon man says the economic and psychological toll of the lockdown has been huge and most just want to write off 2020 as a bad debt and start again.

One plus point down under is community sport, as they call it there, can start up again.

“Like Limerick, sport is important to Melbourne’s identity and way of life.

Live sport on TV kept a lot of us going during the lockdown, as it will at home, especially if we ‘bate Tipp’,” said Jack, who spoke to the Leader before the Munster semi-final on Sunday.

And the Limerick hurlers’ performance, no matter the hour of the morning, gave Jack a boost in Melbourne.

One can imagine him waking the neighbours after fellow Doon man Pat Ryan “Simon” scored a great point in the second half!