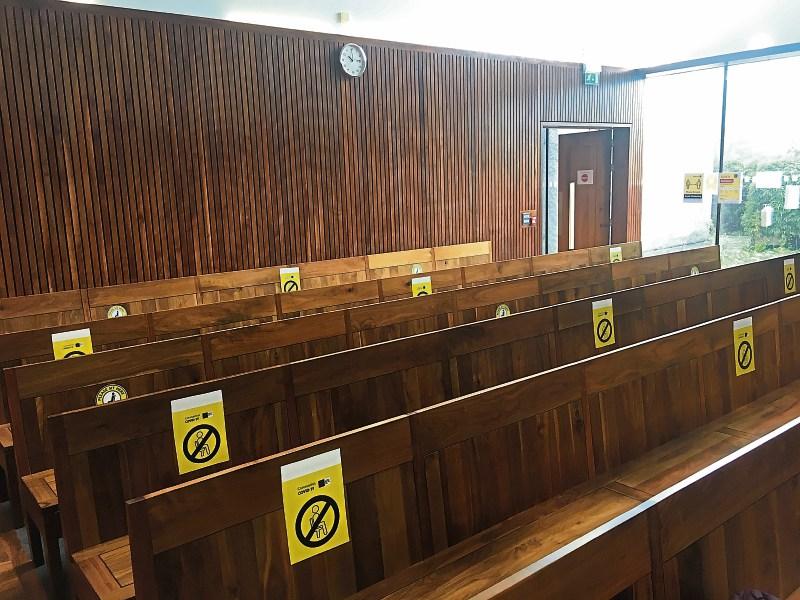 THERE hasn’t been the same clamour to reopen the courts like there has been for the pubs but they are still at the heart of our democracy.

Justice was served again in Kilmallock Court last Tuesday after a gap of almost six months.

If you break the law there has to be consequences.

“Justice should not only be done but should manifestly and undoubtedly be seen to be done,” is Lord Chief Justice Hewart's famous remark.

There was concern that all the county cases would be heard in the city due to Covid. But Newcastle West and Kilmallock Courts are back up and running. And a fine job the Courts Service have done too.

But there wasn’t much justice dished out in Kilmallock last week. This was something of a “soft opening”. There were just five cases on the list.

This reporter got there early to ensure a good spot was secured. Acoustics are the key to court reporting. But there was no need to worry as the only one in the room was the court clerk.

Inside the front door was a sanitizer station. Another is in the court. Two sets of normally closed large wooden doors leading to the court were wide open. One wonders if a criminal in the dock might eye this escape route! You enter via those doors but there is a separate way to exit.

Screens have been erected in front of the judge, clerk and in the witness box. Yellow stickers on the seats indicate where you can or can’t sit. However, there are none on the two long benches where the solicitors mainly sit.

Whoever designed this courtroom originally didn’t realise that solicitors are like jack in the boxes. They have to get up constantly to take instructions from clients, fill up forms and go outside to take calls.

On a normal Kilmallock Court date it’s a bit like Holy Communion in church with solicitors getting up to leave others in and out of the pew. But there were no issues last week as Kevin Power was the only solicitor.

At 10.30am, Judge Marian O’Leary entered. “All rise,” said the clerk. An inspector, three gardai, Mr Power, two defendants and yours truly made up the cohort in court.

Of the five cases - two were for the non payment of fines; one was to vacate a hearing date, one was struck out as it was the wrong jurisdiction and a defendant didn’t turn up. A bench warrant was issued.

Perhaps inspired by Van Morrison’s song Days Like This, Inspector Liam Wallace said: “If only it was like this all the time.”

“Thank you very much,” said a smiling Judge O’Leary to the court.

Inspector Wallace won’t get his wish though as Kilmallock Court is going to be busier than ever in the coming months with a mountain of adjourned cases to be dealt with...