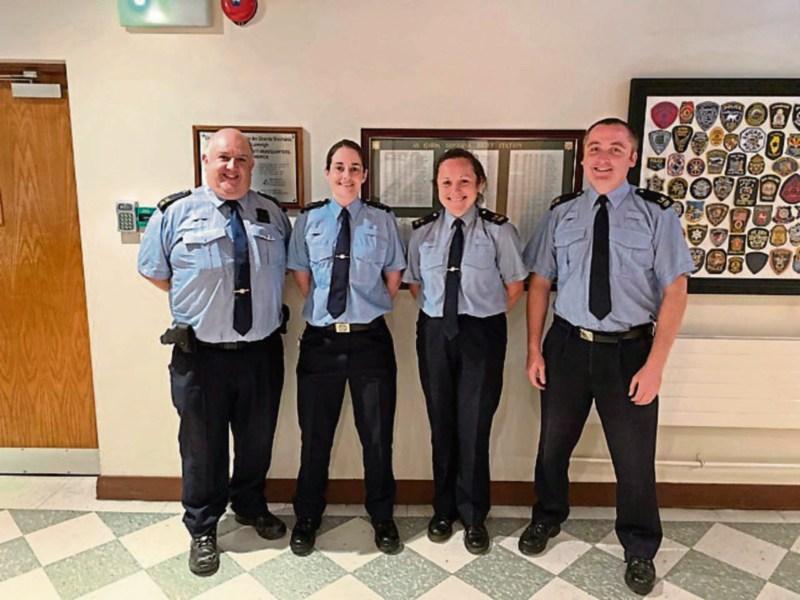 THE quick actions of gardai who responded to the distressed crying of a baby at a house in Bruff have been praised.

A chip pan caught fire at the property at the weekend but no serious damage was caused due to the reaction of gardai who put out the fire before it spread.

The alarm was raised shortly after 10pm on Saturday when Garda Noelle Fitzgerald heard the distressed crying of a baby coming from a house near the garda station.

“She rushed to the house where she met a man who told her that a chip pan had caught fire. She contacted the fire brigade and contacted her colleagues in the garda station and requested they attend with fire extinguishers,” said a spokesperson.

Garda Robert Young, Garda David Hennessy and Garda Noreen Moloney arrived on the scene moments later and helped remove all of the occupants from the house.

Paramedics from the National Ambulance Service attended the scene but none of the occupants of the house required medical attention.

Superintendent John Ryan has praised the actions of the four gardai.

“Due to the quick actions of all of the gardaí involved, we surely prevented a very serious incident from happening. I am extremely proud of Garda Fitzgerald, Young, Hennessy and Moloney for assessing the situation and acting quickly whilst being responsible,” he said.

One unit from Charleville Fire Station and one unit from Kilmallock attended the scene of the fire for just over an hour.