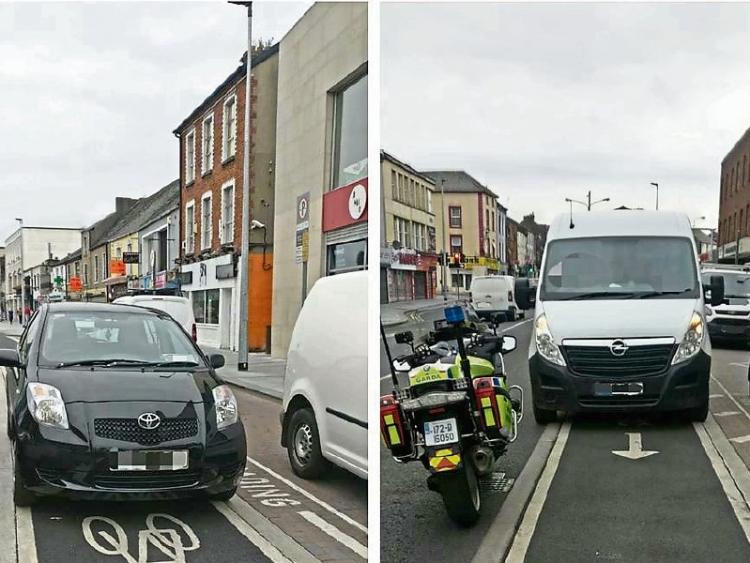 A number of motorists have been fined PICTURE: An Garda Siochana

A NUMBER of motorists have been fined following a garda operation targeting vehicles which were blocking cycle lanes in Limerick city.

In a post on social media, gardai said the operation was put in place in recent days following a number of complaints.

Photographs of offending vehicles parked at Parnell Street and at Wickham Street were posted to highlight the initiative.

If the fines ae not paid, court proceedings may be initiated against the registered owner of the vehicles.

In recent weeks, a significant number of people have taken to social media to highlight incidents of illegal parking in Limerick with many calling more enforcement of the laws.