Healthy Eating: The benefits of elderflower and berries 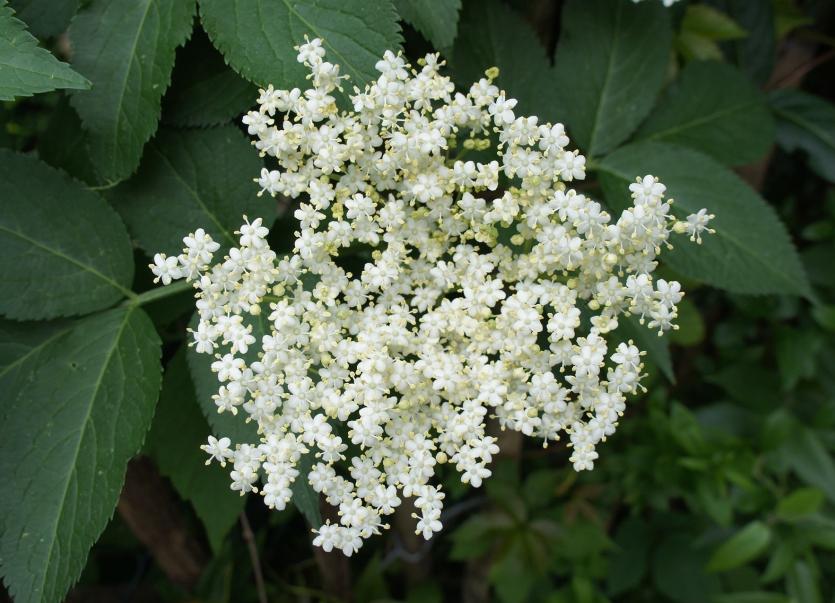 IT is said that summer starts when the elder's flowers appear and ends when its berries are ripe in late August. I love to run early in the morning on the bank of the River Shannon, where lots of elderflower shrubs are blooming at the moment, filling the morning air with their sweet scent.
I would pick a few flower heads, make a tea, or cool lemonade out of them for the day to support my hard-worked lungs after the run.
Its healing properties have for centuries been used as a herbal remedy for coughs, colds, hay fever and even rheumatism, so much so that it has acquired the nickname of Nature's Medicine Chest. According to popular myth, 17th-century Dutch botanist and physician Herman Boerhaave never passed an elderflower without raising his hat, so revered were the shrub's curative properties.
Shaped a little bit like our own bronchioles (small airway passages in our lung) it is useful in strengthening and cleansing our respiratory system. Their anti-inflammatory action has been demonstrated in animal trials and it is suggested that it is due to their high ursolic acid content. Elderflowers help to reduce excess mucus in the lungs and nasal passages and is used to treat a variety of respiratory ailments including asthma, cough, tonsillitis, laryngitis, sinusitis and bronchitis. Elderflower tea also promotes sweating and increases urination, thereby enhancing the elimination of toxins from the body.
The elderberries have potent antiviral and immune supporting properties; they are best known in the form of cough syrups. They work similar to some antiviral drugs; inhibiting neuramidase, an enzyme the virus uses to spread from cell to cell, vital for making you ill. They also balance the immune system; boost our immune cells when needed, calm their messages when the threat is over, making it a wonderful remedy for such times like these.
The berries not to be eaten raw, believe me, I tried in a smoothie and it made me sick immediately. You can make syrup out of them using a good quality local honey, may add some ginger and thyme for further lung support. I recently found a wonderful invention; Edward and Avery from Thalli Foods I introduced to you last week, make a most wonderful caper-like pickle out of the green berries – absolutely divine on fish, liver pâté, salads, pizza, or wherever you would normally use caper berries. It has a hint of elderflower taste along with the salty-vinegary zing. Glorious! - find here:
Elderflower tea appears to have no side effects when used for periods of time not exceeding five days, but diarrhea and nausea have been reported. "Nursing Herbal Remedies Handbook" warns that pregnant and nursing women should not consume elder, and elder may interact with certain medications such as chemotherapy and diabetic drugs. As with any herbs, when you are taking any medications whatsoever, consult your GP or pharmacist for contraindications.