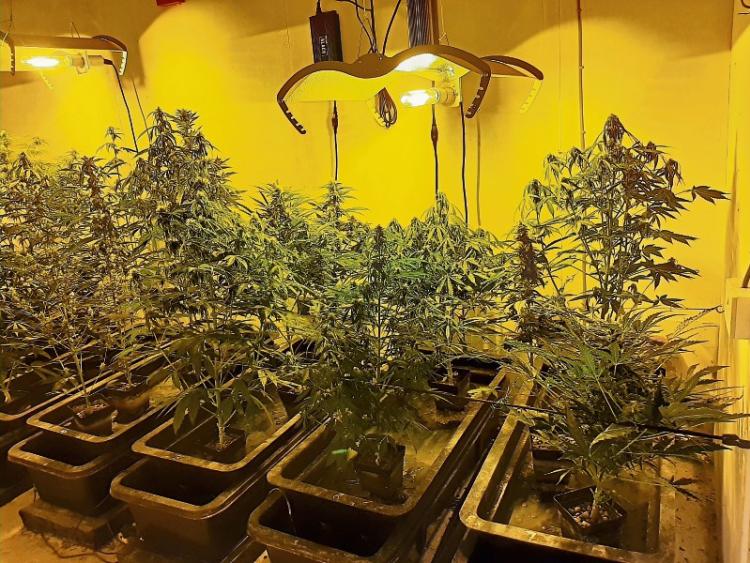 Cannabis plants worth around €50,000 were seized

GARDAI have arrested and charged a man in relation to the seizure of €50,000 worth of of suspected cannabis plants in County Tipperary.

Shortly before 5pm on Monday, gardai from the Tipperary Divisional Drugs Unit, assisted by Newport Gardaí, executed a search warrant at a house in the North Tipperary area.

“During the course of the search gardaí found two rooms which had been converted into grow houses. One of the rooms was found through a concealed door that was hidden behind a shelving unit. In both rooms gardaí found suspected cannabis plants at various stages of growth,” said a spokesperson.

All of the suspected cannabis plants were seized and will now be sent for analysis.

Both grow houses were fitted out with extractor fans, timers for the various lighting, heaters and an irrigation systems.

A man, aged in his 60s, was arrested at the scene and detained under Section 4 Criminal Justice Act 1984 at Nenagh Garda Station.

He has since been charged and is due to appear before Thurles District Court later this month.