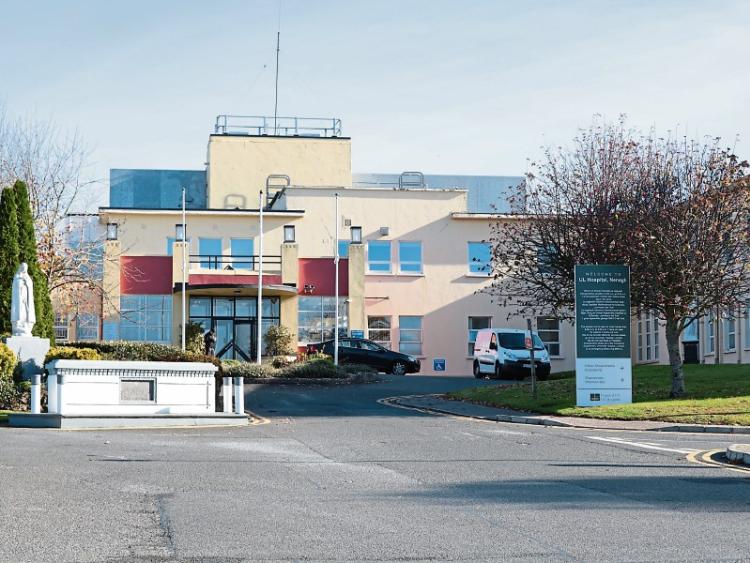 A 30-YEAR-OLD Limerick social care worker in hospital with Covid-19 has urged youngsters to take the threat of catching the deadly condition seriously.

The city woman, who does not wish to be identified, due to the fact she cares for a vulnerable group in society, is currently in Nenagh General Hospital after contracting coronavirus.

It has left her feeling “in total shock and terrified” – and she also revealed that the first tests cleared her of the condition which has claimed hundreds of lives here.  She’s been forced to take “antiobiotics inhalers”, a “cough bottle” and even given lung physio exercises to do to fight off the virus.

Speaking from her hospital bed, the care worker said when she was first tested alongside her colleagues, it came back negative. She had earlier assumed this, as workmates who tested positive were contacted. She started to feel symptoms on April 26.

While most people who contract coronavirus experience flu-like symptoms, the care workers’s experience was different.

“I had no temperature, no cough, none of the symptoms we are being told to watch out for. Instead I had severe vomiting and diarrhea. On the morning of April 28, I had a call from the HSE to say I was negative. I was still ill so my GP said to ring an ambulance immediately, and I was brought to the regional. They swabbed me and that night at 11:30pm I was told I was positive, then brought to a Covid unit in Tipperary,” she explained.

Asked why she felt she caught Covid-19, she says she’s not sure. She’s expeditiously hygienic due to the fact she has underlying conditions including breathing and stomach issues.

“I was pretty vigilant with my personal protective equipment and hygiene. But as I work in a residential setting with a large number of people living and working there, bacteria can spread very rapidly, especially if there is residents who would not fully understand hand hygiene,” she added.

Upon being told she had contracted Covid-19, she said: “So many news reports only focus on mortality rates. So every say you wake up wondering how you’ll feel that day and will you be worse than the day before. Physically I got worse around day five of the disease. I had very high fever spikes and headaches and chills with a very bad cough.”

Fortunately, she feels she is improving, and hopes to be out of hospital in a fortnight, all things going well.

She paid tribute to the staff in Nenagh, adding: “From the doctors to cleaners, everyone has been so kind and gone out of their way to ensure I have the best medical care. But they would also come in the night if I was awake to make sure I wasn’t scared. Despite staff being under huge pressure, they never let that stop them caring for the patients.”

Urging people to take it seriously, she said: “Think of the people who do not have good immunuty and realise you could be affecting them. Some people are carriers and don’t know.”