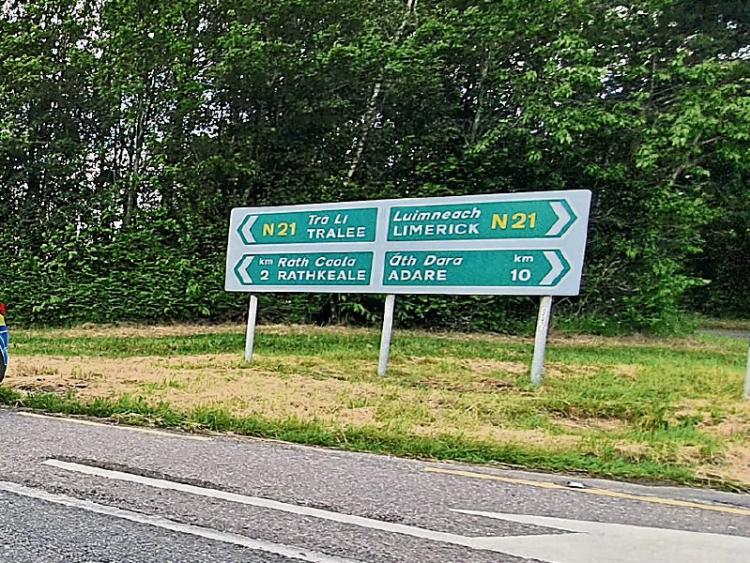 Several possible routes being looked at for Newcastle West and Abbeyfeale

SEVERAL route options for the proposed bypasses of Newcastle West and Abbeyfelae will be made public by this summer, local councillors have been told.

This will set in train a public consultation, following which the preferred routes for each town will be selected and this is expected to take place early next year.

Meanwhile, a LIDAR survey, a modern technology which uses ground penetrating radar, is expected to begin some time this month.

And a traffic survey is scheduled to take place in May.

Addressing this month’s  meeting of the Newcastle West Municipal District,  Declan O’Mahony, an engineer with the Mid-West Road Design Office, said constraint study and the gathering of information had been almost completed.

These route options, he stressed came with a range of challenges.

One major challenge cited by Mr O’Mahony was the “high level of ribbon development” in both towns.

In Newcastle West, he said, an additional issue was the high level of archaeology records.

On the southern side of the town, he explained, there were also high levels of flood plains, which had to be taken into account.

In Abbeyfeale, topography would be a challenge.

“The topography is very hilly and with a steep gradient,” Mr O’Mahony said.

On the northern side of the town, there were rivers, a Special Area of Conservation and flood areas.

“At present we are developing options,” he told councillors.

“The public consultation to show these route options will take place before summer 2020.”

Following the public consultation, he continued, there will be an appraisal of all route options before the preferred routes are selected.

Currently, Mr O’Mahony explained, both schemes are being worked on in tandem. But, he added: “It is possible one may overtake the other.”

The expectation is  that it will be mid-2023 before the planning application stage is reached.

“I think it is very important that Newcastle West and Abbeyfeale are done in tandem,” Cllr Francis Foley, Abbeyfeale said.

“If Newcastle West goes ahead, we are going to have a serious problem in Abbeyfeale.”

Cllr Michael Collins asked where the schemes lie in the list of national priorities and warned that whatever route is selected in Newcastle West would need to take account of traffic movements around the town and not just through traffic.

Senior executive engineer, Tim Fitzgerald told him they would have to generate a business case for the schemes which would include a cost-benefit analysis.

The traffic survey was crucial to this but he assured him, it would take account of all traffic movements.

An Environment Impact Assessment would also be required in law, he pointed out.

Cllr John Sheahan raised concerns that road schemes of this kind could get shelved depending on who makes up the new government.

And he was also worried that instead of relatively straightforward ring roads, they would end up with  a “huge scheme” such as the previous N20 scheme from Adare to the Kerry border.

But Mr O’Mahony reassured him, they were looking at a much simpler scheme. The study areas were located around the two towns.

“A Castleisland bypass is what we need.”