Work to begin next week on €50m development in Limerick 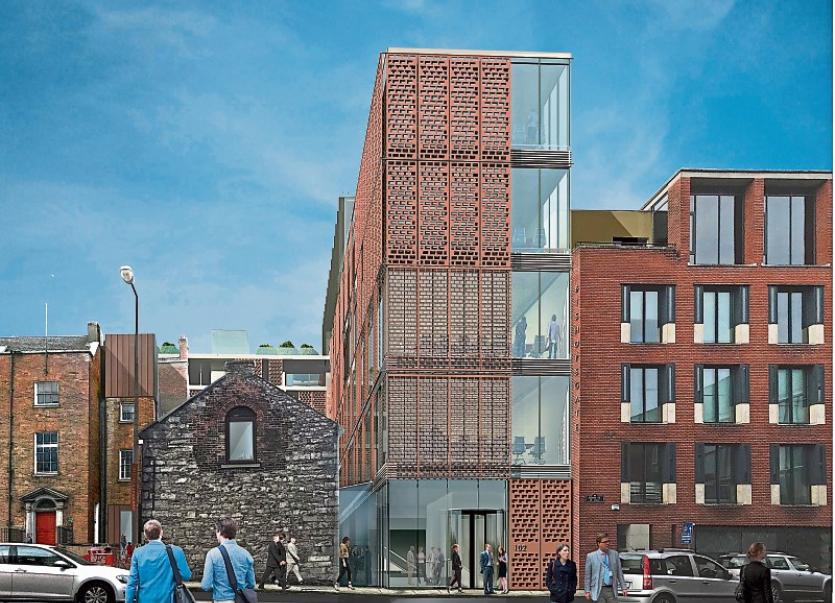 An architect's impression of the development on the Henry Street side

CRANES are set to rise over the River Shannon on a new €50m project immediately after St Patrick’s Day.

The Limerick Leader can this week reveal that the developers of a huge seven-storey tower at Bishop’s Quay have earmarked a start date of March 18 for the scheme which is set to deliver 600 permanent jobs and 120 construction positions.

It comes just weeks after council planners cleared the way for Kirkland Investments – a company controlled by Rudi Butler, the son of former developer Robert Butler – to commence work on the site.

In a move described by Chamber boss Dee Ryan as “great for business”, building could be completed in just 18 months.

The tower will deliver 85,000 square foot of top of the range office spaces, as well as 35 apartments, two restaurants and a craft or coffee shop.

It will provide 112 underground car parking spaces, and 100 bicycle spaces together with changing facilities.

“Activity is to begin in earnest as they will now move at pace to complete construction. This building will set new standards in what is a landmark Limerick location,” a well-placed source told this newspaper.

To facilitate te building of the tower, the former ESB premises at Cecil Street will be demolished as will the rear annex of the former Bord na gCon offices adjacent to Henry Street garda station.

The adjoining coach house will also be tastefully renovated.

Ms Ryan welcomed the fact the tower could be complete by November 2021.

”We are really pleased to hear about the pace of the schedule they’ve outlined. It gives something to work towards. This also now means businesses considering a central location will now have a number of spaces to look at. It’s a real selling point for Limerick as a location for companies looking to upscale and foreign direct investors looking for locations,” she said. She also feels the proposals will have a positive knock-on effect.