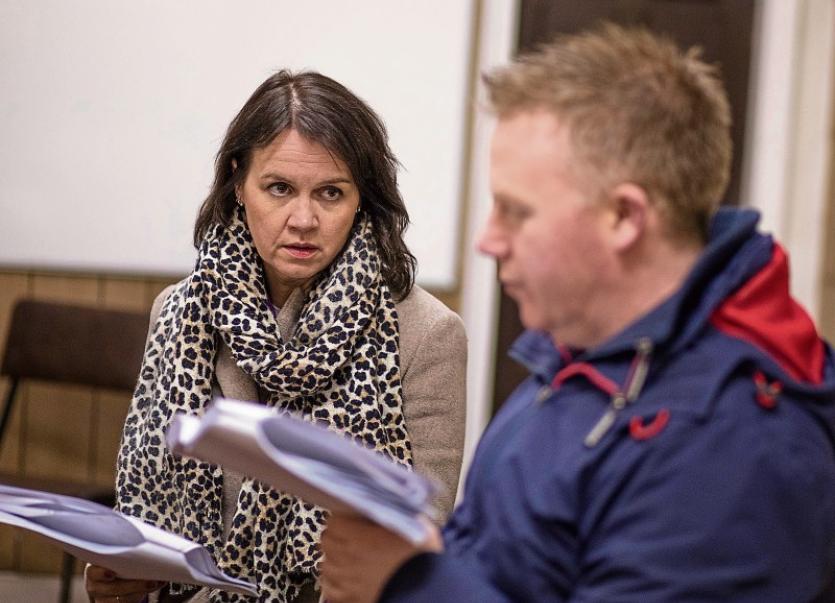 THE Torch Players are back in action with their Spring offering and take to the boards at The Belltable next Tuesday with the Neil Simon play Lost in Yonkers.

“This is our 46th consecutive Spring play,” explains Dan Mooney, PRO and actor.  “It tells the story of two young men displaced from their home into their cantankerous grandmother’s house in Yonkers, New York during the outbreak of World War II.”

The play, Dan added, showcase two young newcomers to the Torch’s ranks. “Gary O’Hanlon and Adam Stapleton take on the challenging roles of Jay and Arty who struggle to adapt to their new surroundings and the quirky family with whom they have almost no relationship,” he explains. The two young actors  have cut their teeth in theatre with Expressive Arts and join some of the company’s stalwarts Joanne O’Brien, Peter Hayes, Dan Mooney, Mary Jones as well as Brid Hartnett in the role of Grandma Kurnitz.

“It’s a great mix of youth and experience to have in the cast,” says company director Maurice O’Sullivan of the seven strong group of actors.

“The play is one of the great classics of American theatre. Neil Simon’s personal favourite play from his repertoire. It’s challenging too. There’s a lot of comedy but there’s plenty of drama in it, and that’s the challenge for me and for the actors, to be able to deliver those laughs as well as hit the dramatic moments that are the heart of the show.”

Actor  Joanne O’Brien is also very excited about the show. “It’s great to get to perform classics like this, and it’s great to be able to bring them to a Limerick stage.”

Tickets for the show are available through Lime Tree website or at the Belltable Theatre. The play runs every night from Tuesday, March 10 to Saturday, March 14.