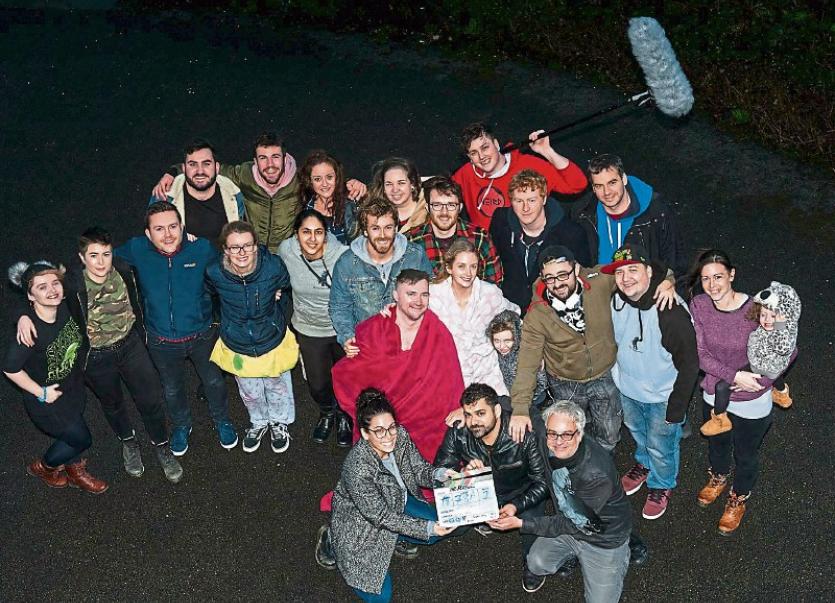 Cast and crew of The Perished

A LIMERICK-based director has expressed his delight at the upcoming hometown premiere of his new full-length horror.

The Perished, directed by Paddy Murphy, will be screened at the Odeon Cinema in Castletroy on March 13 at 9.20pm, with tickets on sale for €6.

Starring Courtney McKeon, Fiach Kunz, Paul Fitzgerald and Lisa Tyrrell, The Perished centres around a young Irish woman who finds herself dealing with an unwanted pregnancy, her subsequent abortion, and the consequences of a judgmental society.

Paddy, who runs city-based production company Celtic Badger Media, said “it means so much to me to finally be screening [the film] locally”.

“It's been an incredible journey with the film, starting out in London, playing in Dublin, back to the UK for a few screenings, on to Italy and most recently in Kansas City, Missouri.

“Nothing compares to screening the film in your hometown, surrounded by friends, family, peers and colleagues though. The next step for the film is it's US release through The Horror Collective, meaning it might not be screened in Ireland again until a local distribution deal is locked in place, so I'd love for everyone to come and witness the film, while we have this chance to show it.

“The Perished is a film I’m incredibly proud of, and I say this as someone who struggles constantly with self doubt about my artistic merit. Every time I watch the film with a crowd, I'm blown away by what we managed to achieve, completely independent of supports. I really hope we can pack the Odeon to the rafters, just to hear the gasps, tears and screams.” There will be a Q&A after the screening.