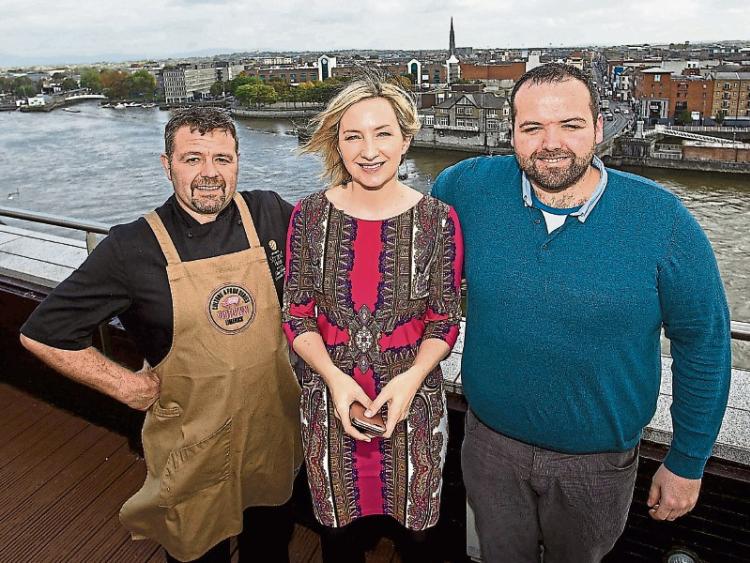 LIMERICK ham could be given European protection under proposals from the directors of a new food strategy for the region.

At this month’s economic committee meeting, James Burke, who is responsible for the Limerick Food Strategy revealed its plans for 2020.

These include the Explore Limerick Ham Project, which will see a European designation placed on our own unique product.

The Protected Designation of Origin identifies a product originating in a specific place, region or country.

Limerick ham could join the ranks of Parma ham and Cornish ​pasties as being something unique to this area.

Fine Gael’s northside councillor Olivia O’Sullivan, who is a founder member of the Limerick Food Group, said there needs to be more cross-promotion of the city’s food offering.

She suggested a tourism food trail.

“We have restaurants and hotels working hard to get local produce onto local menus for the taste the place experience like the Limerick Afternoon Tea in the Strand Hotel – there is huge work going on. But what is missing is a tourism product or mechanism to link all their great work together in one offering such as a Limerick food trail. Every food destination in the country has one,” Cllr O’Sullivan told the meeting.

Read also: Thumbs up for one county Limerick town's water but another is still on 'action list'

Calls were made to support the Limerick Milk Market – described by Cllr O’Sullivan as “one of Ireland’s premier food attractions”.

Cllr James Collins, Fianna Fail, said: “​We need to get behind the Milk Market and put it on a sound financial footing.”

“When we look at local food, we need to ask how can we get local families to buy local produce,” he explained.

The proliferation of cheap, or low-cost meat in supermarkets was raised by a number of municipal councillors, including Cllr Liam Galvin – a farmer by trade – alongside Cllrs Stephen Keary and Bridie Collins.

This, they claimed, put local farmers under pressure. They should be supported by the food strategy, they added.

“How are we supposed to compete,” asked Cllr John Egan.

“We need to tell the story of Limerick Food a lot more. It’s a really good story to tell,” he said.

Other plans for the year as part of the Limerick Food Strategy, Mr Burke told councillors, are to launch a new map promoting West Limerick as a food destination, bringing in local chef demonstrations at this summer’s Limerick Show, and a major food seminar in April.

Training for small firms will also be provided.