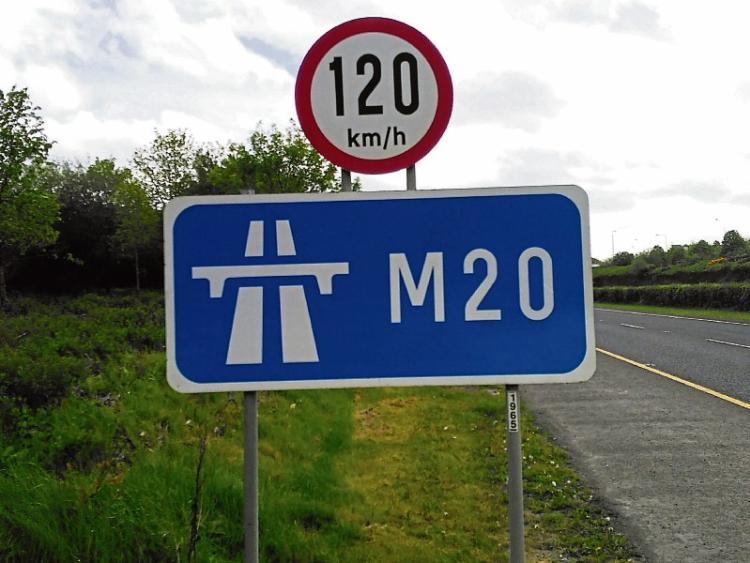 THE final cost of the Limerick to Cork motorway remains unknown and could run to more than €1 billion, it has been claimed.

Contracts, worth €15 million, were signed last May to progress what will be the biggest infrastructure project outside of Dublin to planning stage.

The Government has allocated €900 million for the project in the Ireland 2040 plan.

Despite this, documents obtained by the Irish Times under Freedom of Information legislation, revealed the government has been told final cost of the project remains unclear.

The most recent cost estimates – from 2010 and 2011 – suggest the total cost of connecting the country’s second and third cities will be between €850 million and €900 million.

However, notes obtained by the Irish Times and given to the Taoiseach's advisors last year stated there is '”no cost estimate at this point in time'” for the M20 which will take a number of years to complete once construction works get underway.

It's now being speculated the new motorway between the two cities could cost up to €1.2 billion to complete and that it may take some years before the actual price is confirmed.

The documents reveal that €35 million has already been spent which includes €20 million between 2008 to 2012 when it was then mothballed because of the recession.

The final route of the motorway has become an issue of contention during the general election campaign. The documents released to the Irish Times state “nothing [is] ruled in or out at this stage.”

While a route bypassing towns and villages on the current N20 such as Charleville, Buttevant and Mallow is most likely, a case has been put forward to connect to the M8 Cork – Dublin motorway.