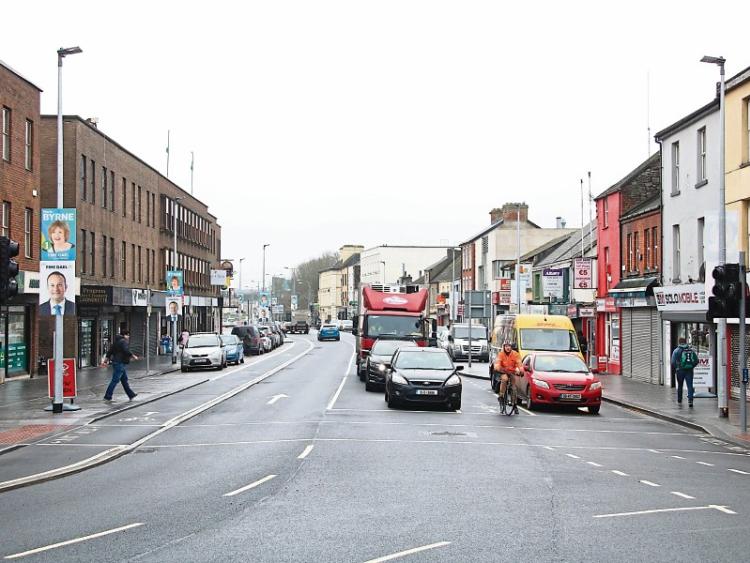 A LABOUR councillor has called for penalty points to be given to motorists who park in cycle lanes.

Speaking at this month’s metropolitan district meeting, Cllr Conor Sheehan criticised drivers who did this, highlighting the example of Parnell Street, which he said is “famous for its double parking”.

“People who park in cycle lanes should get penalty points. It’s bad driver behaviour so it should be clamped down upon,” Cllr Sheehan said.

His comments were backed by Fine Gael councillors Sarah Kiely and Daniel Butler, who said: “This does beyond unreasonable parking.”

The City North member urged council to review the layout of Parnell Street, which was upgraded last year.

He said the fact cars are next to the pavement and cyclists are on the outer road presents a huge safety issue.

”The fundamental issue here is that cars need to pass through the cycle lane to park. It’s detrimental to cyclists and also presents a hazard to motorists,” Cllr Sheehan added.

“Why in God’s name did we not put cycle lanes inside the car lanes? Ever since the street was upgraded, any SUVs or other big cars are parking in the cycle lanes. It’s symbolic of the wider issue in that we do not have a proper cycle network,” he added.

Social Democrat councillor Elisa O’Donovan argued council is not in compliance with national cycling guidelines in terms of its redesign of Parnell Street.

”As a result, they are placing vulnerable pedestrians and cyclists at risk consistently.

“The national cycle manual also states for local authority councillors, design team and executive to ride the route of any planned or new cycle infrastructure, and I am calling on all to ride my route from O’Connell Avenue to my work on Sexton Street every day to see how treacherous this route is for cyclists and all road users,” Cllr O’Donovan stated.

The council’s metropolitan district manager Kieran Lehane insists he walks the route each day, and said he “takes on board” the concerns of members.

However, he pointed out the traffic plan was adopted by the last council, and said it is “very difficult to change” at this stage.

He urged the concerns of the shop owners in the area be taken on board, saying: “We depend on these shops, they pay rates and it’s very important these shops are successful.”

Mr Lehane confirmed the original intention for tyhe street was to have an inside cycle lane.

But that changed following the input of the last council.