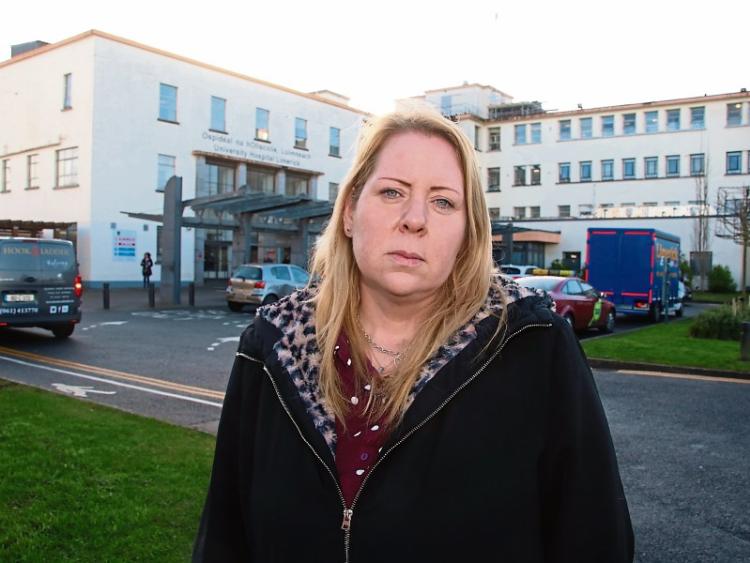 Melanie Sheehan, from Corbally, will be one of the leading voices at next month's protest | Picture: Adrian Butler

THE HEARTBROKEN mother of a young woman, who tragically died within hours of being discharged from University Hospital Limerick, is to be one of the leading voices of a major protest against the overcrowding crisis, just days before the snap election.

Eve Cleary, 21, from Corbally, died suddenly after a blood clot travelled to her heart on July 19.

The family claim that Eve had spent 17 hours on a trolley and was later discharged after inconclusive CT and x-ray scans, though she had complained about numbness in her leg.

Eve’s mum Melanie Sheehan, who says that her daughter’s death was avoidable, is now leading the charge at next month’s demonstration, which is set to be the biggest one of its kind in four years.

After meeting with fellow demonstrators on Tuesday, Ms Sheehan said “there is great support” with others sharing similar stories.

The protest, organised by the Mid-West Hospital Campaign, takes place on February 1, and will start at St John’s Hospital at 1pm and will finish at Bedford Row.

She said it will be particularly poignant as Eve worked in Bedford Row at Schuh for four years.

“That’s where I would have met up with her for her lunch breaks. As well as being my daughter, she was my best pal.”

“I hope that people will come out and march with us, but I hope that the Government will take notice that the people of Limerick, the people of Ireland, are not going to put up with this anymore.” She said after the February 1, she will continue campaigning for better healthcare.

“I can never see us stopping our fight for Eve because what is justice when all is said and done, who is going to be held accountable for Eve’s death? You don’t just stop being someone’s mother. I will always be Eve’s mother, and I will always fight for my children. She hasn’t her voice anymore, so her family have to be her voice now.”

The UL Hospitals Group said that an investigation has begun. “We would like to express our sincere sympathy with Eve’s family on their terrible loss. ULHG is treating this matter with the utmost seriousness.”