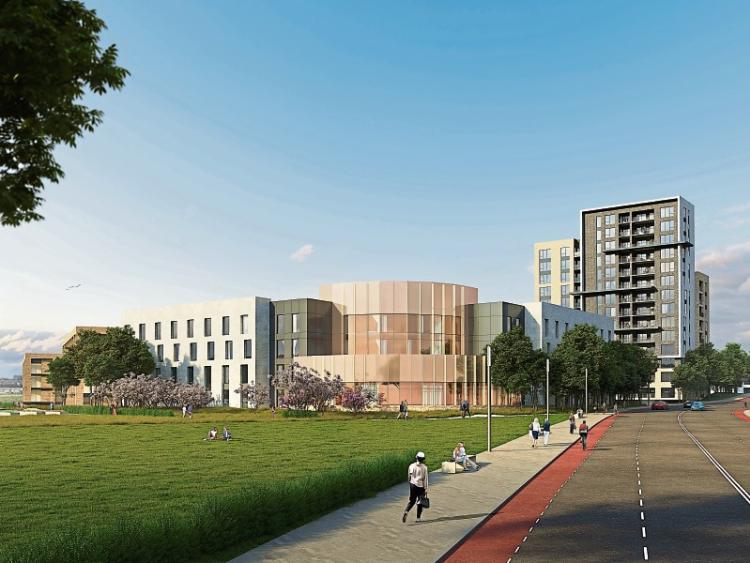 A graphic impression of the proposed new development

A MAJOR multi-million euro development at the site of the long-derelict Horizon Mall shopping centre has taken a huge step forward.

That’s after the new owners of the site Novelty Icav announced its intention to seek planning permission for its €60m transformation of the Dublin Road lands.

As exclusively revealed by the Limerick Leader at the end of 2019, the Singaporean investment vehicle is seeking a residential and office development on lands which have largely lain idle since 2007.

According to the planning notice, the proposed development will feature 245 bedrooms across a range of blocks ranging in height from three to 14 stories.

Four office blocks are in the plan, over basement parking providing 12,262 square metres.

This complex will provide a creche and a multi-use games area, while a public park will also form part of the scheme.

City East councillor Jerry O’Dea has welcomed the proposed application, saying: “I’m delighted it has happened so quickly after the Limerick Leader revealed the plans. I believe it was down to council serving a derelict sites notice on it. It seems to be going at a favourable pace. In terms of the plan overall, it will give a fantastic boost to the area.”

It is a far cry from plans for the site at the height of the Celtic Tiger period in Ireland.

It would have seen Marks and Spencer open its first Limerick store. Instead, the British retailer is focusing its attentions on the city, after those plans were allowed, but only subject to very strict time conditions.