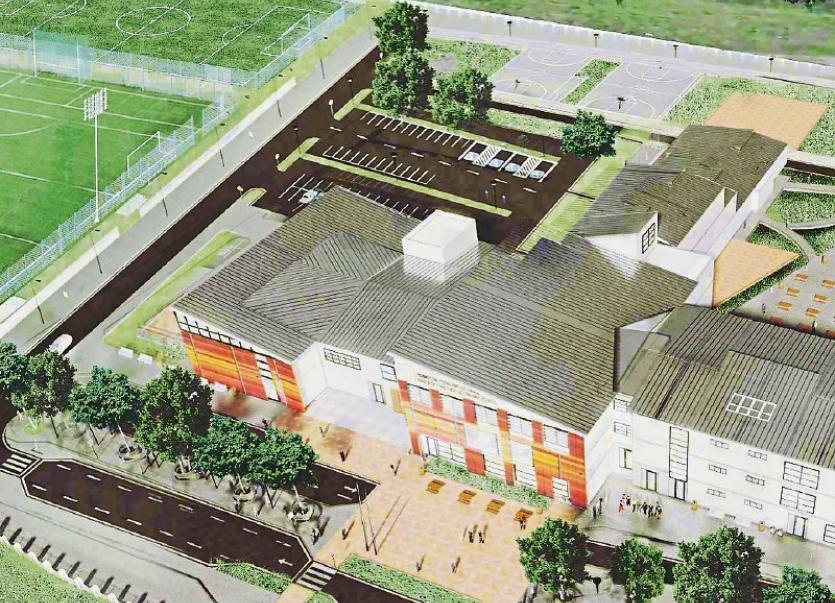 A graphic illustration of how the new school will look

CONSTRUCTION of Limerick’s newest secondary school could be set for delay after Limerick City and County Council raised concerns over transport to the site.

The city’s first Educate Together Secondary School – catering for 1,000 students – is planned for a site near the Groody Roundabout in Castletroy.

Read also: First look at what new Limerick Educate Together school will look like

The local authority has now sought further information relating to the proposed traffic management plan for the site, where around  100 people will be employed.

The €19m project will boast almost 60 classrooms, a large outdoor learning courtyard, plus a sports hall with a state-of-the-art fitness suite.

But council planners have now written to the Department of Education and Skills seeking more information on the project.

And, according to planning files, there have also been a number of submissions including from FixLimerickBus expressing concern about the lack of public transport to and from the site.

Tom Dowling, a spokesperson for the group said there needs to be a bus service at least every 15 minutes to serve the area.

“The Dublin Road/Groody Road roundabout is gridlocked at peak morning times, with at least a further 1,000 jobs confirmed to be created in Castletroy over the next 12 months. This will further add to traffic congestion on Groody Road along with the Ballysimon Road, currently chocked with both car and HGV traffic for long stretches of the day,” he said.

Another person concerned with the scheme criticised a statement from the department in its planning documents that students could walk safely to school along the Bloodmill Road.

These suggestions, he said, are "just wrong and extremely dangerous".

"The current road is not fit for purpose as is, and without significant investment in a road with segregated cycle lanes and footpaths with lighting, this planning should be refused," they said.