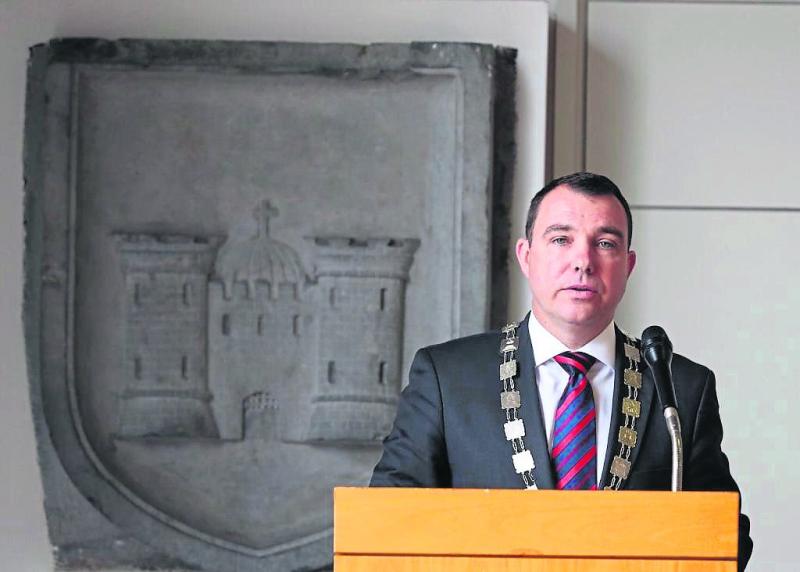 With his FF colleague Willie O'Dea expected to top the poll in Limerick City, one big question is whether James Collins can join the veteran TD in Dail Eireann

EXPECT political activity to ratchet up to fever pitch in the coming weeks as Ireland gears up for a general election.

It's widely accepted the country will elect a new Dail in the first six months of 2020, and Limerick's two constituencies are set to once again be key battlegrounds.

There are four seats on offer in the city where in 2016, Willie O'Dea returned to the summit of the poll, Sinn Fein made a breakthrough, Fine Gael lost a seat, and Jan O'Sullivan held on by the skin of her teeth in what was a dreadful election for the Labour party.

Meanwhile in the rural Limerick constituency, three seats are up for grabs, where three-and-a-half years ago, Fine Gael defied expectations to win two seats.

The 32nd Dail has gone on for much longer than many people anticipated, with Fianna Fail keeping a minority Fine Gael government in power through a Confidence and Supply deal.

Senator Maria Byrne admitted this week when she was elected to the Upper House in April 2016, she was told she would probably be there for only "six months".

Indeed, the current parliament may have collapsed after just 18 months: It was way back in November 2017 when Ms Byrne and former TD Kieran O'Donnell were confirmed on the Fine Gael party ticket for the next election.

It came as the party prepared for the very real possibility of an election that Christmas over the Garda Whistleblower controversy.

Now, the pair will hope to regain the two seats which Fine Gael held between 2007 and 2016, with former Finance Minister and party leader Michael Noonan stepping down at this election.

Lots has happened since 2016, however, not least with the so-called Green Wave and Sinn Fein's implosion at last year's local elections.

For the first time in almost a decade, Mr O'Dea will have a running mate in the form of high profile councillor, the former mayor James Collins.

The Dooradoyle man has been stepping up his canvassing in the last few months, and following a strong showing in the local elections - where he topped the poll in City West – he would hope to capitalise on a strong transfer from the former Defence Minister.

"People are ready for a change," he told the Limerick Leader, "I've been campaigning for quite a while since I was announced as the second Fianna Fail candidate. I am out and about each evening canvassing the doors, four or five times a week and getting a really good response."

One fly in the ointment could, however, come in the form of Independent councillor Frankie Daly, whose huge personal vote north of the Shannon in the local election outstripped that of Cllr Collins.

Ms O'Sullivan, who made a comeback from 800 votes down to secure the fourth seat last time out, will run again, and if she is returned, she will most likely break through a quarter-century in Dail Eireann.

But, she admits, she is "expecting a fight".

"There are a couple of new factors this time around. Fianna Fail will be looking for a second seat. The Greens are doing well. I presume Fine Gael will get one, Willie O'Dea will get one, then there's Maurice Quinlivan. I'm used to fighting at this stage - there are lot of us in for seats three and four," she said.

The story of last summer's local election was the emergence of the Green Party, where Brian Leddin and Sean Hartigan took two seats.

Cllr Leddin, who took the second seat in City North, has been confirmed as the party's Dail candidate for the City.

And this week, it has emerged that Claire Keating, of Limerick Against Pollution which has been campaigning against the proposed changes in Irish Cement, will run on the party’s ticket in the county.

Cllr Leddin said: "We know there is a fair wind behind the Green movement. The global calamity that is climate change is weighing very much on people's minds. People are thinking about how best, and are really concerned about how to deal with this."

The Clancy Strand man will no doubt be hopeful he can trade off the family name, the Leddin family having been intrinsically linked with Labour and Fine Gael politics down through the years. Indeed, it's entirely possible many voters from these two tribes could plump for the councillor on this basis.

The entry of the Greens into local politics in 2019 is comparable with the emergence of Sinn Fein in the 2014 local election, something which was crowned by the party securing a Dail seat for Maurice Quinlivan, the first time the party had a local Oireachtas seat since the 1920s.

However, Mr Quinlivan will take comfort in the fact that his party's vote at least held out in his power base of City North, which returned two Sinn Fein members.

"I would be confident enough. But it's going to be a dogfight. Fianna Fail only had one councillor in 2009, and they managed to take a Dail seat. It will be interesting," he said.

In 2016, the Social Democrats candidate Sarah Jane Hennelly played a part in the election when her transfer helped Ms O'Sullivan over the line to claim the last seat at the expense of Mr O'Donnell.

This time, she is not running, and surprisingly, neither is the party's only sitting councillor in Limerick, Elisa O'Donovan.

Elsewhere, Aontu is running school principal Michael Ryan, and no doubt a number of other candidates will emerge.

In Limerick County, Niall Collins topped the poll with a big surplus, and many feel he is well placed to repeat the feat.

"You can never say you're confident. I'd say I would be respectfully hopeful," he said.

The Fianna Fail man feels the two Fine Gael seats there are under threat, given what he sees as the government's attitude to rural Ireland.

"People have had ten years of Fine Gael and are feeling utterly dejected at this stage," he claimed.

As revealed by the Limerick Leader last week, Fianna Fail has yet to pick its second candidate, with Cllr Eddie Ryan waiting in the wings.

While the the Social Democrats, Labour and Sinn Fein have yet to confirm their ticket, it's a case of 'as you were' for Fine Gael, who will be buoyed by their strong performance in Newcastle West at the local election.

There, they took four of the six seats on offer.

But both Minister of State Patrick O'Donovan and Tom Neville played down the possibility of an election early in the New Year.

Mr Neville, who took his father Dan's seat in 2016, admitted he did not think this Dail would be going on this long.

"It's been very different to what we've seen in previous years. I've canvassed since 1992 with my father. It's been a different type of Dail. There are times when I've thought government might have fallen. But it hasn't, it's continued, it's gone forward," he said.

If Cllr Daly upsets the apple-cart in the city, Richard O'Donoghue may have a similar effect in the county.

The Independent councillor is weighing up running, having secured a respectable 2,855 votes in the General Election, before increasing his vote in Adare-Rathkeale from 2014 last summer. Whenever it happens, it's going to be an interesting contest, with second seats here and there set to be crucial as to who forms the next government.