Limerick poll-topper looks set to run in next general election 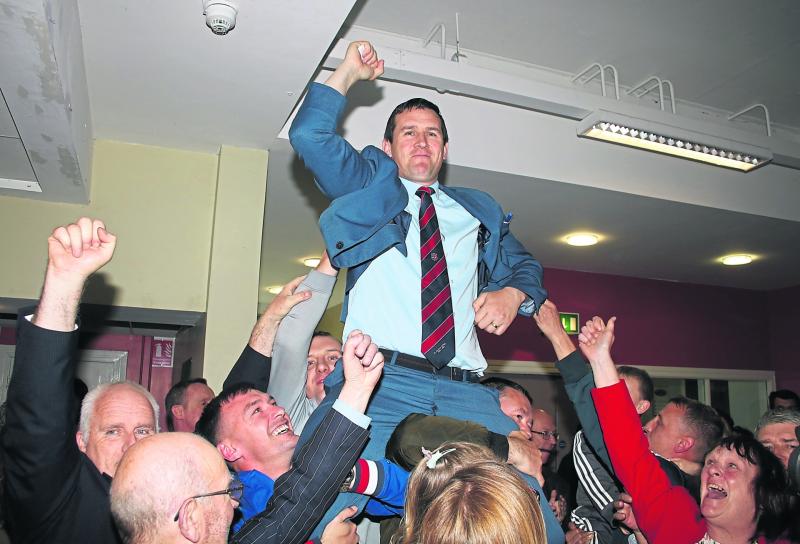 Cllr Frankie Daly has said he needs to weigh things up logistically before committing, but is 'under pressure' to run

INDEPENDENT councillor Frankie Daly has revealed he is considering running in the general election after his polltopping performance in the local election.

A youth worker by profession, Cllr Daly secured a huge personal vote of 1,861 to top the poll with almost a quarter-quota to spare at last May's count for the council.

Now, it's understood he has told friends he is ready to throw his hat into the ring as a Dail candidate.

"I'm ruling nothing out you know," the former Labour man told the Limerick Leader, "A lot of my supporters to be honest with you are encouraging me to do it. But I need to weigh everything up logistically. I'm under a lot of pressure to run."

With the general election potentially only weeks away, Cllr Daly's potential entry into the fray could really throw the cat among the pigeons, with the final two seats in Limerick City set to be very tight indeed.

First elected to the local authority in 2014, Cllr Daly is known to be very close to another polltopper, Willie O'Dea, who was at the summit for Fianna Fail in the last general election.

It remains to be seen how this relationship will play out, with the former Defence Minister having a running mate in the form of former mayor, Cllr James Collins.

It's the first time in almost a decade Fianna Fail has run a two-person ticket in Limerick City, a lesson learnt from the last election, where Mr O'Dea enjoyed a huge surplus of more than 3,600 votes.

Hoping to capitalise on the Green wave is the party's councillor Brian Leddin, who took the second council seat on the northside last summer.