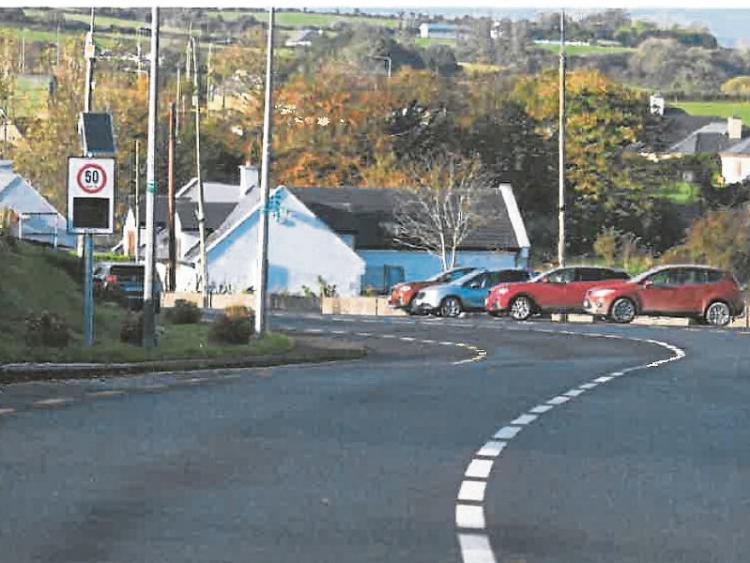 The bend near the church in Loughill village

MORE than 1,300 people have signed a petition calling on Limerick City and County Council to reverse its decision to increase the speed limit in a Limerick village.

A delegation from the Loughill N69 Health and Safety Committee attended a meeting of the Adare-Rathkeale Municipal District to highlight their opposition to the decision which was made following a review of speed limits across the city and county.

Following the review, it is proposed that the 50km/h zone which runs through the entire village will be shortened.

The 80km/h limit is to be extended in as far as Pound Cross on the eastern side and a 60km/h section is being introduced from Pound Cross to the far side of the Church Of The Assumption.

Pat Noonan, chairman of the committee told councillors the decision to increase the speed limit in Loughill has caused a lot of anger in the community.

“We have collected a lot of data and information and the main objective, of course, is to maintain the status quo and hope there will be no increase in the speed limits thorough the village,” he said.

“We may seem to be a small village but we are a vibrant community that live around the village and use the facilities in the village – the school, the church, the playground and the pub and so on,” he added.

Video footage highlighting the safety concerns and the current behaviour of road users – particularly around Mass times – was played during the presentation.

In the footage, a large number of cars can be seen exceeding the existing speed limit while trucks and other vehicles can been seen crossing over the centre of the road while navigating a bend near the church.

Having heard the presentation, councillors unanimously acknowledged the safety concerns that exist and said they will do everything they can to alleviate the concerns.

However, Cllr Kevin Sheahan said the legislation is clear and that there is no mechanism to reverse the decision following the review.

Councillors noted a significant number of motorists are breaking the exisiting speed limits and it was agreed that traffic calming measures might be more suitable.

It’s expected a report from the district engineer will be complete early in the new year.