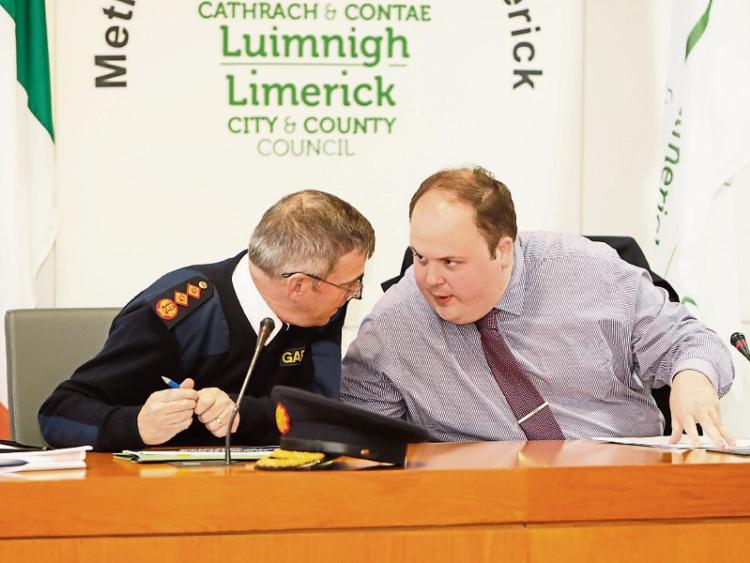 GARDA commissioner Drew Harris has insisted there is no agenda to close down smaller garda stations in rural parts of County Limerick.

He made his comments at a meeting of the Limerick Joint Policing Committee after some members questioned the number of gardai who are stationed in rural parts of the Limerick division.

WATCH: Garda Commissioner says community policing will be at centre of new policing model in Limerick

Cllr Emmett O’Brien told the meeting he has concerns that some gardai may be garrisoned from smaller towns and villages into larger urban centres.

“If you look back at our history over the last 100 years – both in the Republic and in Nothern Ireland –  where there has been garrisoning of police forces away from rural garda stations into large towns, there was a breakdown of trust and confidence which leads to a breakdown in law and order,” he said.

Cllr Liam Galvin said the feedback on the ground is that people in rural communities are not satisfied with the garda presence.

In particular, he highlighted the lack of a sergeant at Abbeyfeale garda station which, he claimed, is regularly closed to the public

“How can you call that community policing?” he asked.

While not commenting on any specific station, Commissioner Harris said there is an ongoing commitment to policing in rural areas in Limerick and across the country.

“There is no retreat from rural areas there is no agenda of closing stations et cetera,” he said adding there are also no plans to garrison members of gardai to larger towns.

In reply to Deputy Tom Neville who stated there is a “fear out there relating to rural crime” the commissioner agreed there are different demands on gardai in rural areas compared to those in large urban centres.

He said under the new community policing framework, individual gardai will be assigned to specific areas and that people living in those areas will be advised of their presence and will be given their contact details for non-emergency issues.