Limerick's Greg gets behind good cause in memory of late gran 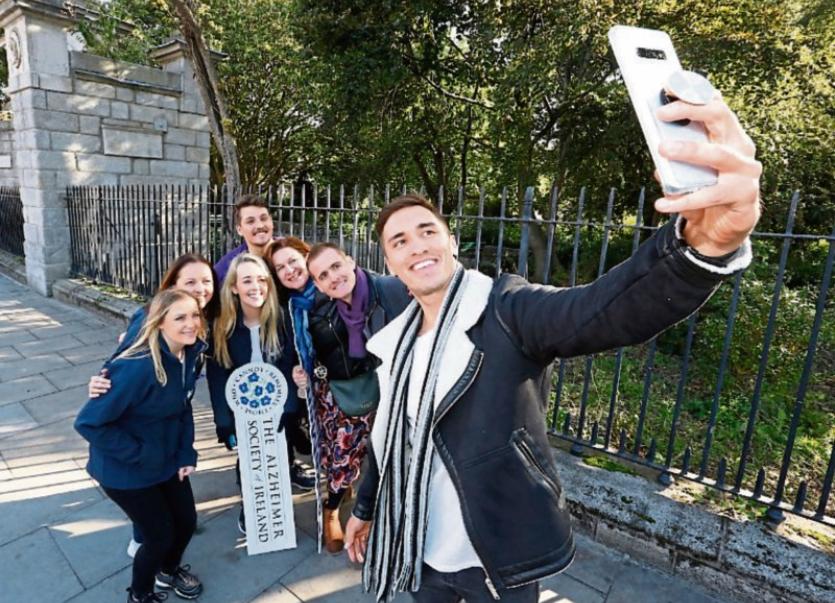 Greg O'Shea with staff, supports and friends of the ASI.

Greg, who was recently announced as an ambassador for The Alzheimer Society of Ireland, is encouraging members of the public to support the annual nationwide Flag Day collection next month.

On November 21, the public is encouraged to donate to the charity by buying an Alzheimer’s Memory Ribbon, while also sharing treasured memories of their loved ones affected by dementia.

By sharing a memory and donating €3 to the charity, members of the public can give a gift that will change lives as every donation made will go directly towards providing vital services to people living with dementia and the loving families who support them.

Dementia is something which is close to the Corbally native’s heart after his nana passed away with the condition in July, while he was taking part in the ITV series.

“I’m delighted to be showing my support for Alzheimer’s Memory Ribbon fundraising campaign on Thursday, November 21, which will help thousands of families living with dementia in Ireland,” said Greg.

“Members of the public are being asked to share a memory and donate €3 to the Alzheimer’s Memory Ribbon campaign,” he continued, “people will be giving a gift that will change lives as every €3 donated will go directly towards providing vital services to people living with dementia and the loving families who support them.

“Alzheimer’s is something that is very close to my heart,” he added, “this November, I'll be remembering my nana who had dementia and passed away only recently.

“Dementia has a major impact on our society; it’s one of our biggest health challenges. Each year over 4,000 people develop dementia – that’s at least 11 people every day and anyone can get dementia, even people in their forties and fifties.

“Please support Alzheimer’s Memory Ribbon and help to raise much-needed funds to support people with dementia around the country,” he said.

“People can volunteer on the day or buy a Memory Ribbon on Thursday, November 21.”

Dementia is progressive, and there is currently no cure. Dementia is not simply a health issue but a social issue that requires a community response.