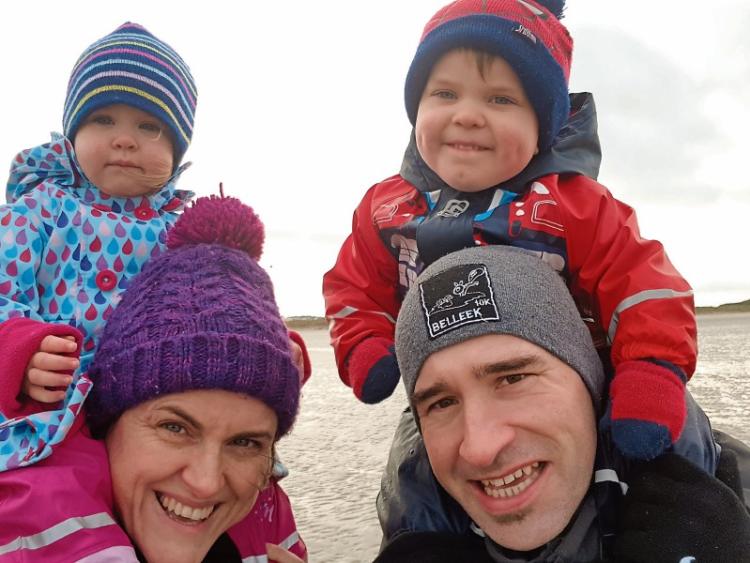 The Hanrahan family, Tadgh, Maura, Siún and Michael, who has achondroplasia, or dwarfism

It won’t be his first marathon but this time, the challenge is very special: he wants to run to raise awareness about a condition called achondroplasia, or dwarfism, which affects his four-year-old son, Michael.

Michael was born to Tadhg and his wife Maura in April 2015 after an emergency C section.   “He was our first child and all seemed relatively well initially,” Tadhg recalled. But at four months, Michael had his first seizure and several weeks later, following another episode, was diagnosed with epilepsy.

“After one of Michael's scans we were met by an endocrinologist, a specialist on hormones and related bone growth. We were informed that Michael also had a condition called achondroplasia, a common form of dwarfism,” Tadhg explained.

In the initial period of shock and lack of knowledge which followed, an organisation called Little People of Ireland proved to be their saviours.

“They were great,” Tadhg recalled. “We got a lot of information, met parents with teenagers and adult children who have the condition. That lessened the fright and the expectations.”

It also armed them to deal with the questions that people ask and the stigma that attaches to the condition. Already, Tadhg said, Michael has more questions himself  and children at his pre-school, where he has a special chair and a special table, are asking why Michael’s arms and legs are so short. And their job as parents is to help him accept that he is different.

Dwarfism, Tadhg explained,  affects about one in every 30,000 newborns in Ireland and 80% are born to average-height parents. Characteristics include short stature and short arms and legs. This, Tadhg pointed out, means that special measures have to be taken in the home so that Michael can open door handles  or reach the toilet, and in time, a full adaptation may be necessary. There are also health problems associated with the condition including episodes in which breathing slows or stops for short periods (apnea), recurrent ear infections, curvature of the lower back and outward bowing (bending) of the knees.

“Thankfully, Michael's seizures stopped after going on medication for epilepsy and he is now off that medication for a couple of years,” Tadhg explained. “While we have had a lot to deal with, we are also very grateful that Michael is generally very healthy. He is a typically active four-year-old boy who loves all types of machinery and loves riding on his balance bike.”

Now, Tadhg wants, through the marathon, to raise awareness about the condition and also to raise money for Little People of Ireland, a registered charity set up by the Burke family whose daughter Sinéad  has the condition and who, Tadhg said, is a wonderful role model.

“She is a qualified primary teacher and has written articles for Vogue magazine and other national titles.”

The organisation sources relevant and practical information for people with the condition and their families but also provides opportunities for social interaction. This, Tadhg said, is important because as Michael moves into teenage years, it will be even  more important to have friends with the condition. Each November, the members meet in Athlone where there are also talks featuring consultants, mental health activists and companies providing services.

Go to Facebook page, Run for the Little People of Ireland – Dublin Marathon 2019, with a link where donations can be or go to www.idonate.ie/TadhgDublin2019. Fundraising cards will shortly be available in Limerick and anybody interested can contact the Hanrahan family at tadhgnmaura@gmail.com

Tadhg, the son of Timmy and Nance Hanrahan of Coole West, Athea, has also appealed to people to share the Facebook page.