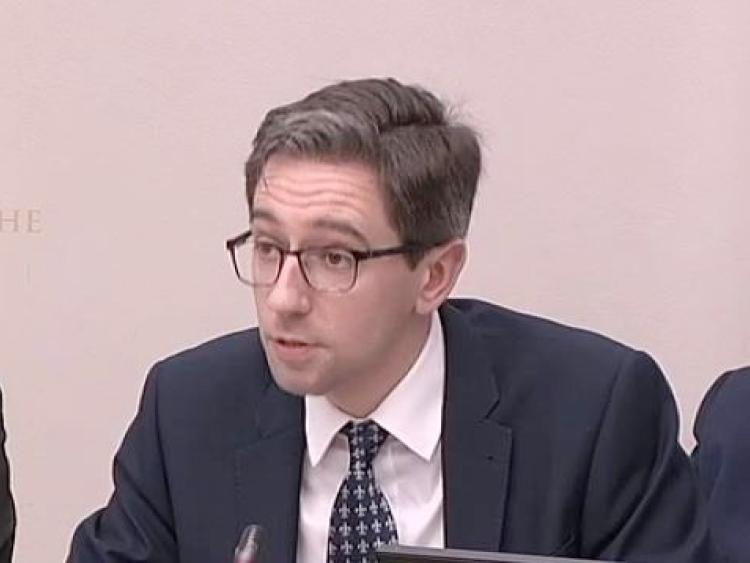 Minister for Health Simon Harris was quized on overcrowding at UHL

POLITICIANS in the Mid-West have exerted pressure on Minister for Health, Simon Harris and the HSE to come up with a radical plan to tackle the trolley crisis after University Hospital Limerick set a new overcrowding record.

This Wednesday, 82 patients were treated on trolleys in the emergency department and wards at the Dooradoyle hospital, breaking the national record for a second time since April 3 this year.

And at an Oireachtas committee meeting on health issues this Wednesday morning, Minister Harris and top HSE officials were quizzed on the worsening crisis.

Deputies Michael Harty and Alan Kelly, and Government senators Kieran O’Donnell and Maria Byrne all called on the HSE to fund a second MRI scanner at UHL.

Committee chairperson and independent Clare TD, Michael Harty, said that one of the “critical points” behind the trolley crisis was the lack of a second MRI.

There is only one MRI scanner at UHL, which was donated by a philanthropist 14 years ago.

The committee heard that a new MRI would cost in the region of €6.5m.

However, HSE director general Paul Reid said the “quickest option” would be to lease an MRI, at a cost of up to €1.4m.

This, he said, would take six to eight weeks to procure. But when questioned by Deputy Harty, he could not confirm if UHL would receive a new MRI before the end of the year.

“If the current MRI scanner was to break down, would it take you six to eight weeks to replace it? I would feel that we have now reached a crisis point. We need an MRI scanner with immediate effect. Six or eight weeks is too long,” he said.

Speaking on the high overcrowding at UHL, Sen O’Donnell said: “This is a human issue. It’s not a political issue; it’s a human issue. So what I want, Minister, is confirmation from you around a radical plan,” he said, and noted the current plans for a 60-bed block.

Minister Harris said the Government expects to be able to put together a “winter package” following next week’s budget. He added that he will meet with his department and the HSE to particularly discuss UHL.

He also asked the HSE to meet with Mid-West representatives to discuss UHL in the next fortnight.

Labour’s Alan Kelly said at the meeting: “For God’s sake, please, will you put together a package in the interim for this area? We are suffering at a level that I have never seen in my political career and my colleagues are saying the same thing.”

On Tuesday, Sinn Fein TD Maurice Quinlivan said in the Dail that UHL was “like an emergency department in a warzone”.