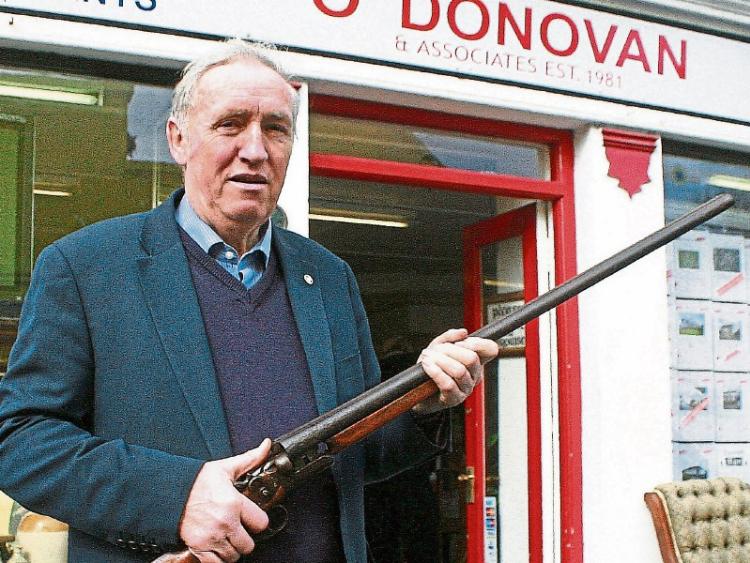 NEWCASTLE West auctioneer Pat O’Donovan  is still waiting for compensation, almost three years after the window of his premises was smashed and an antique gun stolen.

The gun was subsequently recovered and a number of people charged in connection with the incident but compensation of €380 to cover the cost of replacing the window is still outstanding.

It has prompted Mr O’Donovan to write to the Limerick Leader, where he says: “This experience has left me disillusioned with the workings of the judicial system. To say that there is an urgent need to reform the system with respect to the rights of the victim is an understatement.”

In his letter, Mr O’Donovan lists 17 separate court dates, all dealing with the incident at his premises in February 2017 when the window was smashed and an antique gun, dating from the 1840s was taken.

Superintendent Aileen Magner,, who was  appointed to head up the Newcastle West division in March, said the case was not finalised as there was still a live bench warrant outstanding for one of the co-accused. Consequently, she said, she could not make any further comment.

The Limerick Leader understands that senior garda management met with Mr O’Donovan earlier this year and also apologised to him by letter for not notifying him about when the court case was taking place.  A garda source pointed out that compensation was not a garda matter but rather a matter for the court.