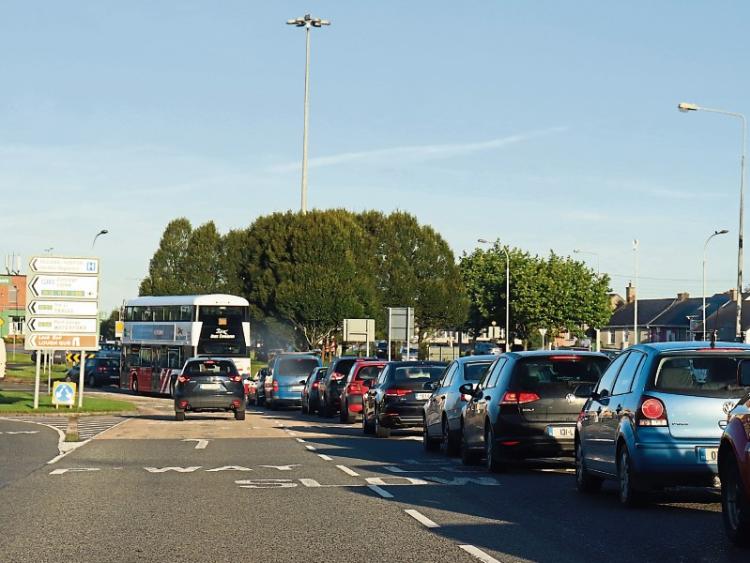 Traffic is frequently backed up in all directions at the Parkway Roundabout PICTURE: Michael Cowhey

LIMERICK City and County Council is planning to introduce a signal junction at the Parkway Roundabout after significant rush hour delays.

A spokesperson for the local authority confirmed it has completed the design for this, and it will be reviewed as part of the Limerick-Shannon Metropolitan Area transport strategy project.

Speaking this week, City East Councillor Sarah Kiely said delays at the roundabout just off the Dublin Road are a regular feature at rush hour.

“Sometimes when you're going to Castletroy from the city side, it's mayhem. A lot of people working for multi-nationals in the technology park, it's a main artery for them. It’s a  huge cause for concern,” she said.

The Fine Gael member reported that a home heating oil truck was caught in a yellow box, meaning no traffic could move for five minutes.

Cllr Kiely said traffic congestion is a major turnoff for the many multi-national companies located at the National Technology Park. She added: “The university is on that road. A lot of people use it on the way out. People work there, go to college there, and other businesses surround there. The population of Castletroy is quite large without adding to it. The population is going to grow even more.”