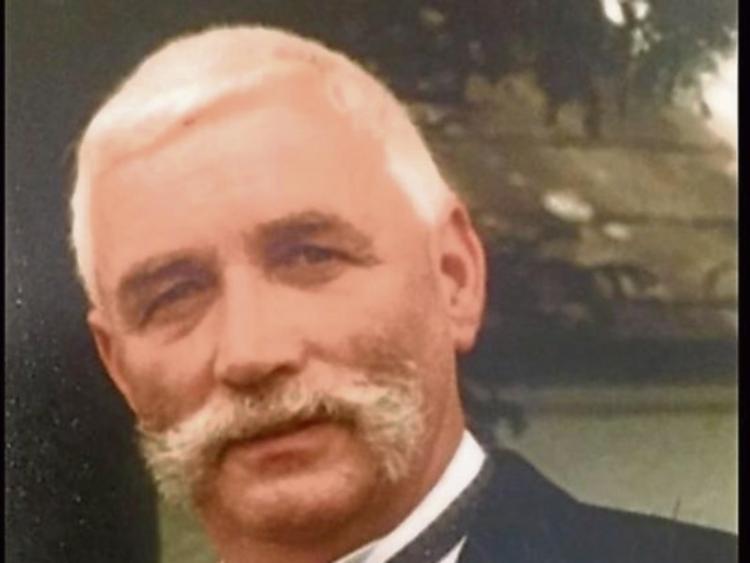 Jimmy Tydings, who passed away recently after a short illness, left a legacy of competitive excellence over a variety of sporting roles. As a youngster playing with St Munchin’s CBS in hurling, as midfield and captain, he took on the very best of his generation and invariably took the honours in any single head-to-head.

Eamon Cregan recalls an OLO Cup Final when he captained St Patrick’s CBS, playing at midfield, with his brother Mick and Pa O’Brien as colleagues against a Tydings led St Munchin’s who had Steven O’Shaughnessy and Ollie Ahern as serious competitors. Cregan says “to this day the game is etched in my memory.”

“We were beaten by a wide margin and Jimmy Tydings gave me a torrid time with his pure skill and pace. Without any shadow of doubt, Tydings had all the attributes of a quality senior hurler had he chosen that route.”

One sporting outlet, however, was never likely to satisfy Tydings who wanted to explore as many sporting options as possible. In soccer, he played with Ballynanty Rovers often as centre-forward and with a huge degree of success. To this day, the 1967 Cromer Cup Final (FAI Cup Area Final) is spoken of with reverence as Ballynanty beat Caledonians 6-5 in a thriller, with Tydings netting two goals

Ewan Fenton and Limerick AFC came calling shortly afterwards. After a handful of games at outside-left, Limerick offered Tydings a contract, with Fenton seeing him as the long-term successor to Mick Doyle. As it happened, Tydings refused the offer as he did not wish to be tied to any single sport, with rugby and Thomond RFC being high in his priorities. As an under-age player, Tydings had won a City Cup (Under-20) with Thomond displaying rare bursts of acceleration… predictably, Jimmy’s return to his alma mater was short-lived as he ran-in a half-dozen tries – most from 75yds plus – in just four games with Thomond at Junior level. Alerted to his potential, both Young Munster and Shannon selected him on the left-wing for Senior weekend games with Jimmy giving the Greenfield side the nod simply because they had been the first senior club to approach him.

For the black and amber side, Tydings was a breath of fresh air. From a remove of over 50 years, I can still recall the ripple of anticipation that ran through the crowd whenever he got the ball. Give him a half-yard near his own goal line and a try at the other end was a distinct possibility such was his explosion of sheer pace – few defenders could live with it.

With less than six senior games under his belt, Jimmy was selected on the left wing for Munster v Connacht at the Galway Showgrounds in December 1967. Munster were overwhelming favourites to win the game but entering the final minute, an embarrassing defeat lay in store as they trailed Connacht by two points.

Sheer desperation saw Munster move the ball across the three-quarter line before eventually reaching Tydings who found himself in a one-on-one situation with towering Connacht right-wing Henry Blake of Glenstal, UCD  and Lansdowne fame.

It was no contest! Tydings put on the after-burners, skinning Blake on the outside before diving over in the corner for a winning Munster try, much to the delight of the Dublin sub-editors with variations of “Tydings of great joy for Munster” being the preferred headline.  Tydings went on to score tries in each of his first three games for the province. Ulster, complete with greats of the game including McBride, Gibson, Kennedy and Goodall, were the opposition in Musgrave Park in November 1968. On a dark, black day, the only ray of light came from Jimmy Tydings, who brilliantly read the flight of a Gibson crosskick before gaining possession near his own line. A dummy took Bill Brown out of the equation with the 100yd romp to the opposition line being in the nature of a triumphal march as Tydings left Gibson and Grimshaw in this wake. Mind you, after the game, the great Kiernan had words with the Young Munster winger. “Jimmy”, he said, “in future I want no showboating with one hand on the ball when touching down. Get in as low as you can with both hands on the ball.” Words of wisdom!

Two weeks later, the hat-trick of tries was completed at Lansdowne Road in remarkable fashion. With Munster facing Leinster, a Terry Moore cross-kick saw Tydings fly between Leinster defenders to gain possession; a dummy which sent full-back Bobby Macken into a comfortable seat in the third row of the stand followed by Tydings setting sail for the try line with international sprinter Vinny Becker trailing in his wake. Mitchell Cogley of the Sunday Independent waxed lyrical about the try as he wrote: “It was a try created by jet-like acceleration and devastating pace.”

Some months previously – in October 1968 – Jimmy got his only cap against Australia in a 10-3 victory for Ireland. Afterwards, Jimmy had mixed views on the game. Centres Larry Hunter and Barry Bresnihan couldn’t pass a ball to save their lives while Gibson, with his left-winger screaming for the ball, chose on two occasions to cut inside into the hands of the Wallabies back-row… opportunities lost forever.

Around the same time, Jimmy also played with the Combined Provinces and Rest of Ireland with a common denominator in that Tydings never received a single pass during the three games; who knows what might have happened if Jimmy had reasonable opportunity to display his electric pace.

Representing one’s country is invariable the highlight of a sporting career. Jimmy Tydings always maintained that winning the 100yd sprint at the Limerick AC games, at the Gaelic Grounds, in July 1968 was the single greatest moment in his career. Just over a week prior to the Limerick AC event, Crescent College sprinter Brendan O’Regan had represented Ireland in an International meet v Spain at Santry Stadium. Running in the 100 metres, O’Regan ran a sensational 10.5 clock as he spread-eagled the field. International timekeepers were immediately on hand to ratify both the distance and time – with the annoying absence of a wind gauge preventing the time from being declared a new national record.

A week later, Brendan O’Regan lined up at the Gaelic Grounds to run in the 100yd event – much to the delight of his former coaches and friends in Limerick AC. Sufficient entries for the 100yd event were received to make two semi-final heats. Drawn apart Brendan O’Regan and Jimmy Tydings both comfortably won their semi-final heats. Prior to the 100yds final, monsoon like weather visited the Gaelic Grounds with the organisers deciding to cancel the event- save for the 100yds final as it might have been next to impossible to get O’Regan again. Hardly a spectator left the venue that evening as word spread that Tydings and O’Regan were inseparable on the clock in their semi-final heats. From the gun in the final, Tydings was away like a rocket, showing less than a foot ahead of O’Regan. Throughout the race, that distance was maintained as Tydings, running the race of his life, resisted the renewed and powerful efforts of O’Regan to pass him. At the line, on the dip, Tydings gained the verdict in what was the finest race ever held in Limerick.

Afterwards, O’Regan was effusive in his praise of Tydings. On the night, he said “I was beaten by the faster man and I wish to whole-heartedly congratulate him on his success.”

Truly, Jimmy Tydings was a gifted sporting all-rounder. Those privileged to see him in action will long remember a sportsman who contributed enormously to all that is best in Sporting Limerick.