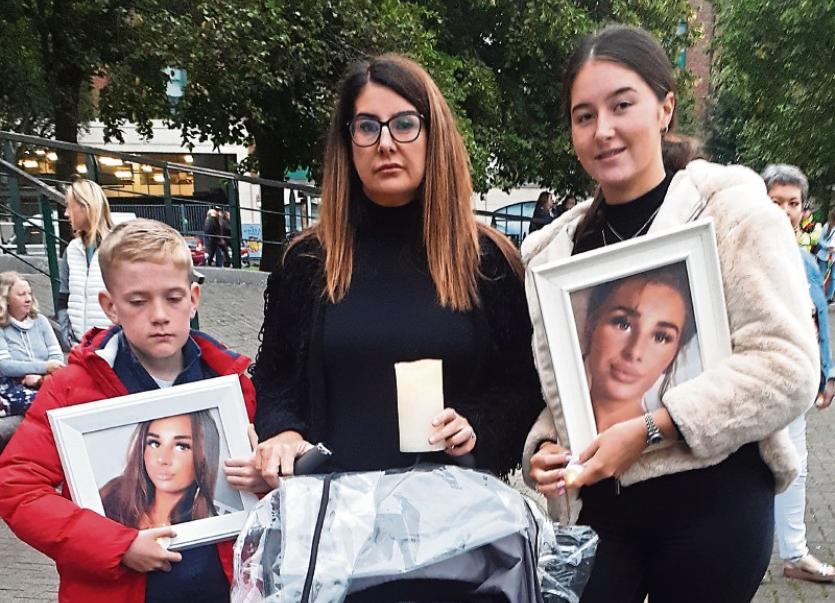 THE mother of the late Yasmin-Lee Williams has called for a family liaison officer to be put in place for families whose loved ones have gone missing.

Sandra Byrnes said on the day her 24-year-old daughter went missing, she had to ring several different groups to get information on her whereabouts.

And she added her daughter’s death must be used as a “catalyst” for something positive in mental health provision.

Sandra said her daughter’s passing “must not be in vain”.

She said in the HSE, there appears to be little provision for people suffering from dual or triple diagnosis, which is when someone has a mental health disorder and a drug addiction at the same time as other issues.

“Our aim should be to change this to make sure people get the correct treatment at the first time of asking. This has to be changed to prevent other families going through this pain and suffering. It’s a sad state of affairs that a local charity, the Bedford Row Family Project has to help a family in distress instead of agencies under the remit of the HSE,” she said.

”Maybe they could have awareness in dealing with people like my daughter as I didn’t witness any duty of care, empathy or dignity towards her,” she alleged.

The heartbroken mother-of-four, who like Yasmin hails from the St Patrick’s Road, expressed the family’s “deep gratitude and appreciation” for the support shown to her family amid her final hours.

She highlighted the role played by the Irish Coast guard, Search and Rescue Helicopter Crew and Civil Defence.“I would also like to thank the Limerick Marine Search and Rescue as well as the fire brigade for their help in searching for Yasmin. We will be eternally grateful,” Sandra added.