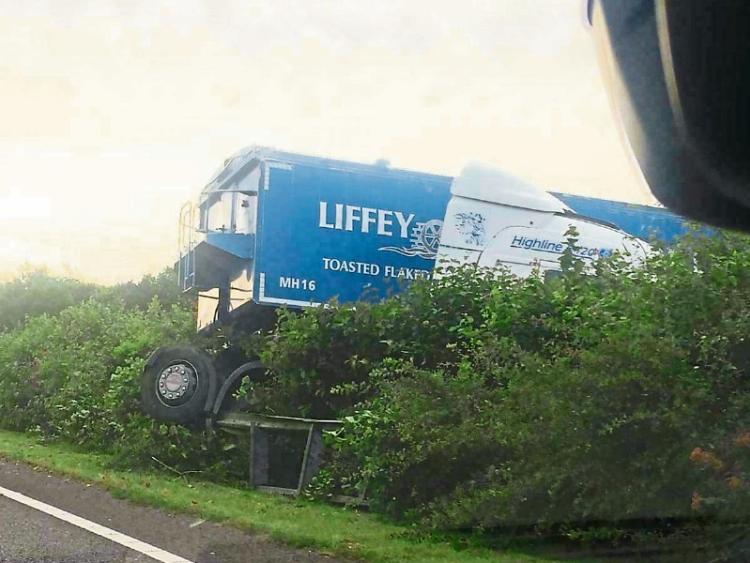 The truck jackknifed at around 8.30am this Thursday

A SECTION of the M7 motorway on the outskirts of Limerick city has been closed after a truck jackknifed this Thursday morning.

The Southbound carriage has been closed following the incident which happened between Junction 28 (Castletroy) and Junction 29 (Ballysimon) shortly before 8.30am.

Emergency services are in attendance and gardai are warning motorists to expect delays in the area for several hours as a crane will be required to removed the articulated truck which partially crossed the central median of the motorway.

Five units of Limerick Fire and Rescue were initially deployed to the scene but three have since returned to Limerick Fire Station, Mulgrave Street.

Truck jacknifed on M7 #limerick Utter chaos. Is there any traffic management plan for this? No guards at the Tipperary road to direct traffic. Feel sorry for those stuck in it.

There are no reports of any serious injuries and it’s not known, at this stage, if any other vehicle was involved.

For updates, stay with www.limerickleader.ie