Woman hospitalised after she was struck by car in Limerick city 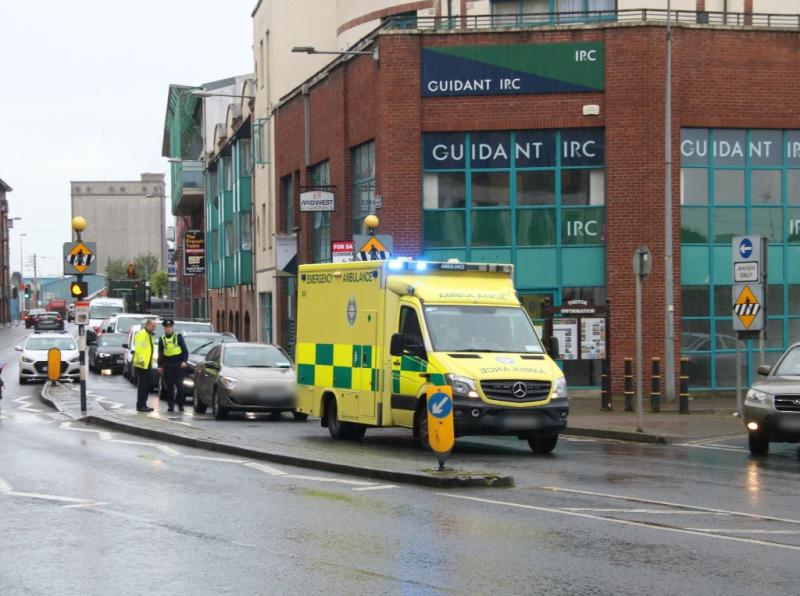 The scene of the collision | Picture: Adrian Butler

A WOMAN was taken to hospital this Friday morning after she was knocked down on the Dock Road in Limerick city.

The female pedestrian sustained what are believed to be non-threatening injuries after she was struck by a Renault car, shortly after 9am.

It is understood that the woman suffered a "head injury", but was able to walk to the ambulance.

It happened near the pedestrian crossing adjacent to the Shannon Bridge roundabout. She is now being treated at University Hospital Limerick.

Three Garda cars and an ambulance were dispatched to the scene shortly after 9am, but the scene was cleared, and traffic began to flow again within half an hour.