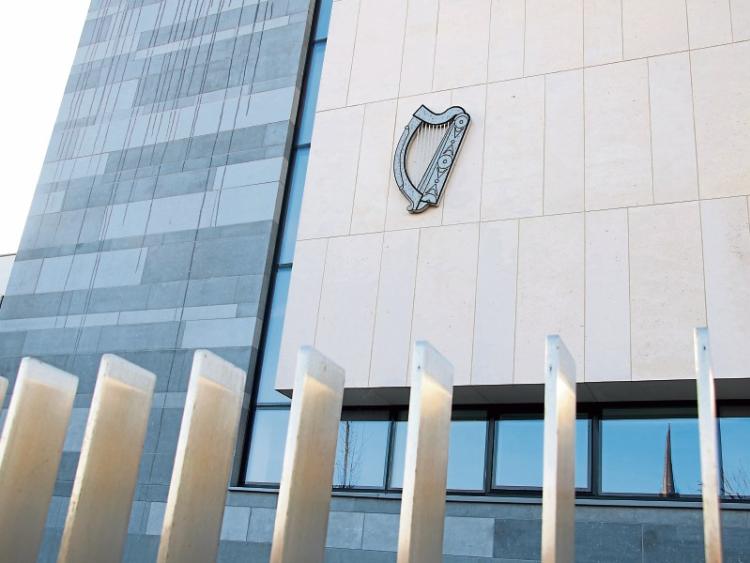 Limerick Court heard during a bail application, from a detective who said two of his colleagues, who were armed, were approaching the car on foot when the defendant reversed

A MAN has admitted deliberately ramming a garda patrol car during a high-speed pursuit in the city last year.

When arraigned at Limerick Circuit Court, Jimmy Harty, 43, of Sycamore Drive, Newbridge, County Kildare, pleaded guilty to a number of charges relating to an incident which happened in the early hours of November 16, 2018.

The charges on the indictment include endangerment, criminal damage and dangerous driving.

After his client formally pleaded guilty, Mark Nicholas SC requested that a psychological assessment be carried out saying such a report “would not go astray” and would be of benefit to the court.

Previously, Limerick District Court was told it is the State case that while on patrol at Childers Road at around 2.30am, gardai encountered a high-powered Audi A3 car which was being driven by Mr Harty.

Detective Garda Dean Landers said the defendant increased his speed when he saw gardai and that he attempted to avoid them resulting in a high speed pursuit taking place.

During the pursuit, the Audi A3 entered the car park of Our Lady of Lourdes church where the defendant reversed at the patrol car having first come to a complete stop.

During a bail application, the detective said two of his colleagues, who were armed, were approaching the car on foot when he reversed.

“He reversed at speed narrowly avoiding my colleagues. He hit the (patrol) car,” he said adding it will be further alleged Mr Harty then fled from the car park by driving over a grassed area.

The pursuit continued along Rosbrien Road, through Punch’s Cross and onto Courtbrack Avenue where the Audi came to a stop after it struck a roundabout and collided with an electricity pole.

Mr Harty, who was previously refused bail in the district court, has been remanded in continuing custody pending a sentencing hearing in December.