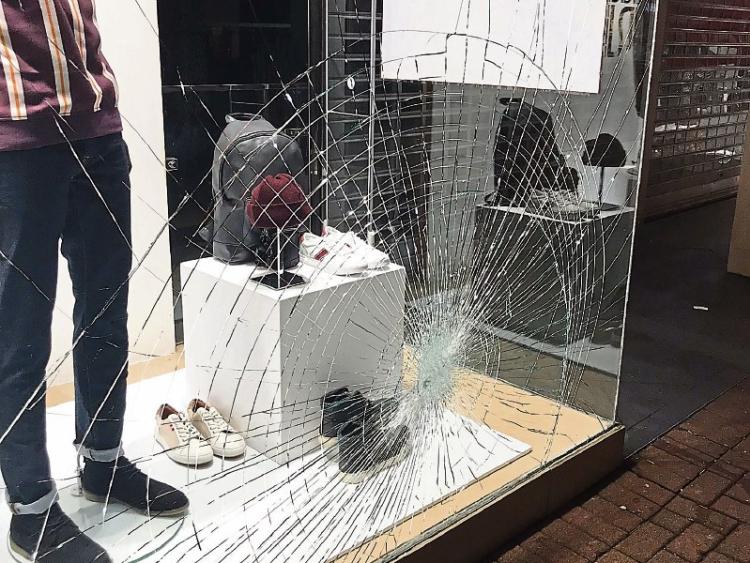 Eason, Three and River Island had windows damaged by the teenager

A TEENAGER has pleaded guilty to criminal damage charges relating to a crime rampage in the city centre earlier this year.

The 17-year-old, who cannot be named because of his age, has pleaded guilty to multiple charges relating to offences which took place on February 1.

Thousands of euro worth of damage was caused when several large shop windows at Cruises Street were damaged when they were struck and kicked.

The criminal damage charges before the court relate to three stores – Eason, Three and River Island

The defendant, who was 16 at the time, has also pleaded to a number of charges relating to the theft of a number of different cars.

Those offences all occurred in Castletroy area of the city on dates in February.

While the defendant initially appeared before the Children's Court after he was charged, the Director of Public Prosecutions subsequently directed that the matter should proceed on indictment before the circuit court.

A book of evidence was completed and served on the defendant in recent days and he appeared before Limerick Circuit Court prior to the summer vacation.

After John O’Sullivan BL, prosecuting, confirmed the guilty pleas were acceptable to the State, barrister Liam Carroll pointed out that a probation report must be prepared before his client can be sentenced.

Judge Tom O’Donnell noted this and he formally requested that such a report be prepared.

Because of the defendant’s age, the matter was adjourned to a vacation sitting of Limerick Circuit Court later this month.