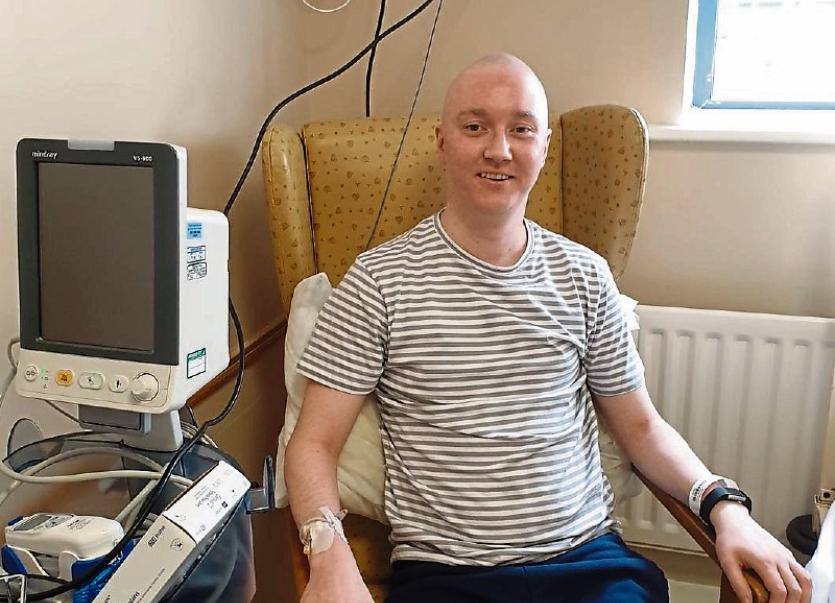 Kevin Bourke: "Even on his darkest day, the days he is so weak, he still remains positive"

THEY say you know who your true friends are in times of hardship.

Kevin Bourke definitely knows who his are as family and friends have come together to raise an amazing €88,000 in just 24 days for immunotherapy. The final push is on to reach the €100,000 mark on the Kevin Bourke Treatment Fund Go Fund Me page.

Kevin, who completed a Masters in Culture and Colonization in NUIG, was working as a digital marketing executive up until his diagnosis in Limerick. He shared a house with his younger brother Ruairi. Ruairi says the support from the community has been “overwhelming”.

Kevin, who is aged 29 and from Newport, has a very rare form of inoperable cancer – thymic squamous cell carcinoma. His options for treatment are now limited. He is currently on round three of a four round cycle of chemotherapy but it’s not enough. Kevin’s body isn’t able for more chemo and now needs to switch to immunotherapy treatment to give him the best chance possible. But it’s not free. While Kevin did apply for funding he was rejected because he didn’t qualify.

The cost per infusion is €8,085 and it’s forecast that Kevin will need a minimum of eight infusions for it to work and there could be many more needed down the road as well as other unforeseen expenses.

The community of Newport have banded together to try and raise the much needed funds immediately. If enough money is raised for Kevin to have the required immunotherapy infusions, the treatment will act differently to chemo.

It works on the immune system to help fight the disease. It’s not as hard on the system as chemo is and doesn’t have as much nasty side effects and more importantly it will improve the quality of Kevin’s life. This gives him the best option to keep the cancer at bay

Kevin first developed severe neck pain in 2016 but an MRI didn’t show any abnormalities. No one could find what was wrong. In early 2018, Kevin developed shortness of breath while out walking and in May 2018 a chest X-ray revealed a cancerous mass in his left upper chest. Kevin was told this was inoperable due to its proximity to his heart. IV chemotherapy began immediately which proved promising.

However, in early 2019, another tumour developed, again treated with chemo but more bad news followed with yet another growth close to his heart developing.

Despite being utterly shocked with the news that he had cancer, Kevin came to terms very quickly with the diagnosis, according to his mum Mary.

“He never let it get to him. He made a decision there and then not to even Google it. He just asked what’s next and has since been following the doctor’s plans to get him back on track. Even on his darkest day, the days he is so weak, he still remains positive and I’m so proud of him for this,” said Mary, who is currently looking after him in the family home in Newport.

She describes Kevin as “the most positive person” she knows. Seeing the love and kindness in terms of generous donations and the positive messages online must also have given him a boost.