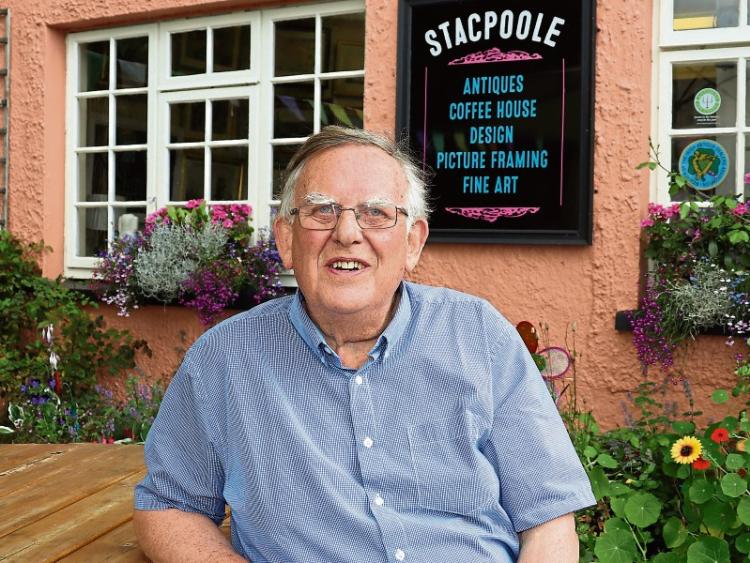 THE count-down to the Ryder Cup has begun.

And although there are seven years to go before the top names in European and American golf arrive in the village, the  anticipation and feel-good factor sparked by the announcement last Thursday, are energising and galvinising the good people of Adare.

“We’re starting with the gold,” predicted Dave McDonnell, a boldly confident member of the Adare Tidy Towns committee. The committee’s objective of winning a Gold Medal in this year’s competition is inspiring massive effort on these long summer evenings but the long-term goal of being in tip-top shape for 2026 is dazzling. Will their planned sensory garden be the national wonder they hope it will be? And will they get the support to upgrade the town-park?

WATCH: JP McManus on how he secured the Ryder Cup for Adare Manor

Committee chairperson, Bridie Collins, who is also a newly elected councillor, is very positive about what can and will be achieved.

“This is now going to focus everybody’s mind,” she said. “Everybody wants this to happen. Everybody is buying into the vision of this.”

Wearing her various hats as councillor, business co-owner in the village and community activist, she believes the list of ‘things to do’ over the next seven years is long. But the key, for her as for others, is to get the strongest possible team in place, with all the different stakeholders working together and working to a plan that is funded and with a timeline. “It is important that people are galvanised.”

Bridie, who first came to Adare Manor in 1989 as a gardener, and who afterwards trained as an award-winning greenkeeper, working at Mount Juliet for events such as the Carrolls Irish Open and later Murphy’s Irish Open, has only one dilemma. “Do I want to be behind the counter pulling pints or up at the Manor doing pin position?,” she asked before revealing:“One of my bucket-list wishes was always to do pin-position at the Ryder Cup.”

“It is brilliant, not just for Adare but for the whole area,” enthused boutique owner, Annette Mann. “I think it is absolutely the best news we could have heard.”

Adare, she continued, is very much a shopping destination  with its selection of boutiques, craft and specialist shops, and she is confident that trend will continue in the run-up to the Ryder Cup. It will also act as an additional draw while the competition is on, she believes, enticing people without tickets to come to Adare to enjoy the atmosphere, see the sights, sample the many restaurants, bars and eateries as well as do a spot of shopping.

Antique dealer and community activist George Stacpoole, is equally up-beat about the positive spin-offs and opportunities for Adare, where he has been in business for the past 40 years.  “The name of Adare will go out around the world,” he beams.

A billion viewers: that is the potential television viewing audience for the Ryder Cup, according to Maeve Martin Kelly, the manager of the Adare Heritage Centre. In addition, the expected attendance could exceed the 270,000 at the 2014 in Paris.

That, Ms Kelly pointed out with a certain understatement, will involve a lot of moving of people. And like everyone else interviewed for this feature, she stressed how necessary the new by-pass will be.

Team effort will be necessary, she said but she underlined that Adare has a long history of being a busy tourist hub and pointed out that 1,000 people work in tourism in Adare. The challenge and the opportunity, she believes, will be to widen the visitor offering and to ensure there is a bounce for the wider Limerick area.

In celebration of the recent announcement, we’ve created a bespoke Stay and Play Experience where you can play the championship course at Adare Manor before the Ryder Cup 2026!

Former TD Dan Neville, who now lives in Adare and is chairman of the Adare Community Trust (ACT), an umbrella organisation for all the different groups and clubs in the village, is very clear about what needs to be done. The first, he explained, is the by-pass, which was first mooted as far back as 1977.

“The government is supporting the Ryder Cup,” Mr Neville said. “Surely they are going to give the necessary back-up in the infrastructure needed to ensure this will be a showcase for Ireland.”

The second issue that needs to be tackled, he added, is the lack of adequate parking, for both visitors and local people. These issues, and more, will form part of a five-year plan now in draft form which ACT hopes to launch in the autumn and which is likely to become the blue-print for action in the lead-up to 2026.

But Mr Neville also underlined that the full potential of Adare as a tourist destination has not been realised. And he cited the potential to open up the tidal Maigue as a recreational waterway for boating and kayaking, connecting Adare to the Shannon, to historic Askeaton and to Foynes and upriver to Croom where a slipway has been created. ACT is now hoping to have the historic  riverside quay at Adare restored and on Monday, the first flotilla of boats travelled from Askeaton to Adare to bolster their case.

“We are absolutely thrilled and congratulate everybody who succeeded in obtaining the competition for here, with special thanks and congratulations to JP and Noreen McManus and the management and staff in the hotel and grounds.”

“Adare,” he predicted, “will be regarded as the Augusta of Europe.”