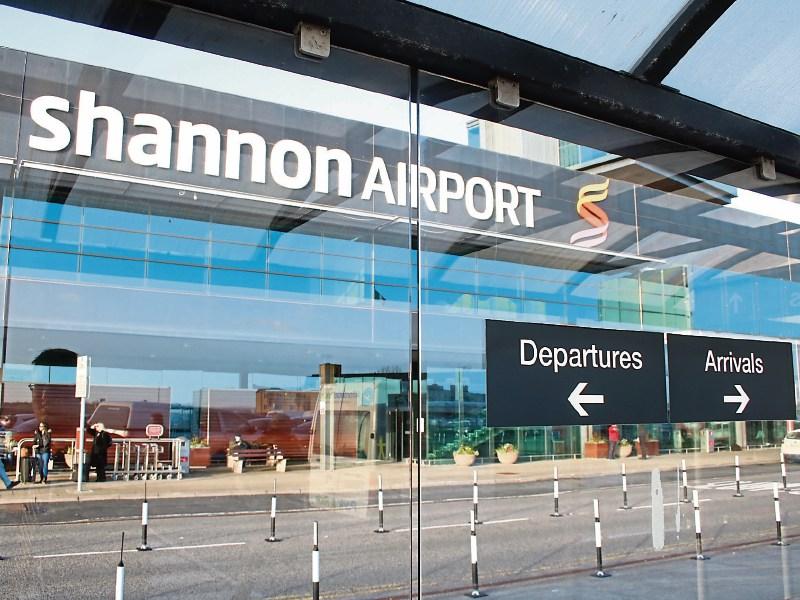 Shannon Airport is just a 30 minute drive away from Adare Manor, which will host the 2026 Ryder Cup | PICTURE: ADRIAN BUTLER

BOSSES at Dublin Airport have been accused of engaging in “insulting and predatory” marketing over a tweet in which it referred to itself as “the key gateway” for visitors to the 2026 Ryder Cup.

In the wake of Limerick’s Adare Manor winning the right to host the prestigious golf tournament, Dublin Airport took to social media to say: “We look forward to being the key gateway for overseas visitors attending #RyderCup2026 which will take place @TheAdareManor in Limerick.”

We look forward to being the key gateway for overseas visitors attending #RyderCup2026 which will take place @TheAdareManor in Limerick. #irishtourism #golf https://t.co/bqHjCmVKzx

There has been a huge backlash to the message, with many pointing out Shannon Airport is less than a half an hour's drive away from Adare Manor.

Mayor of Clare Cathal Crowe said: “It’s rather insulting and predatory to the Mid-West region at a time when there is jubilation knowing the Ryder Cup is coming. It’s not a new departure from the Dublin Airport Authority. They already have large billboards at Coonagh advertising them to be the airport for the region. It’s not right.”

Despite this, Dublin Airport appeared to harden its position, with a later tweet in response to someone defending Shannon saying: “We’ll welcome more overseas visitors for the event as we’re a much larger airport with much greater connectivity to Britain, the US, and continental Europe. Overseas visitors using Dublin Airport go to all 32 counties on the island.”

One user wrote: Ah now in fairness, would Shannon not be the key gateway for an event in Limerick?That’s like Cork claiming to be part of Ireland’s ancient east.....”

Another added: “Back off, Shannon Airport can handle this.”

“What sit in traffic on the M50 and then negotiate the N/M7. What fun'. Fly to Shannon Airport instead,” was another Twitter user’s take.

There is an airport about 20 miles up the road which could cater for this if properly managed and developed... @ShannonAirport A 2.5 hour taxi from Dublin is going to seriously hurt pockets...time for a reality check here!

When you are standing in queues, staring at unmanned baggage and passport security gates, you will wish you used @ShannonAirport. Cleaner, brighter, calmer, friendlier and much, much quicker.

However, Mayor of Limerick Cllr Micheal Sheahan said it is down to Shannon Airport to up its game.

“I have to commend Dublin Airport for having the business acumen to see an opportunity. What is our local airport doing? Dublin were off the mark quickly in promoting their airport, while at the same time I am disappointed Shannon Airport has not been off the blocks as quickly as Dublin Airport.”

It’s something that Mayor Crowe agreed with saying: “We need to an awful lot better. It’s up to Shannon to play that same game and really push Shannon to the fore. I think they are often reticent in their marketing approach. It was best seen in the Irish Open when they just tweeted one thing during the entire week. Their marketing is rather poor, I would say.”

A spokesperson for Dublin Airport said: "Dublin Airport is Ireland’s main gateway, with flights to about 200 global destinations this summer, including direct services to 18 airports in the United States, 26 airports in Britain and about 110 airports in continental Europe. As such, Dublin Airport looks forward to welcoming significant numbers of overseas visitors for the Ryder Cup in 2026, who will fly direct to Dublin and then travel onwards to Adare for the event."

"The connectivity provided by the 47 airlines that operate at Dublin Airport brings tourists and business visitors to all 32 counties on the island of Ireland, and Dublin Airport promotes itself and this connectivity on a regular basis," they added.

A Shannon Airport spokesperson said: "With direct services from the UK, US and mainland Europe, the strength of the hospitality sector in our area and, not least, that we are just 20 minutes door-to-door from Adare Manor, Shannon will naturally be the airport of choice for the huge number of visitors coming to our shores for the Ryder Cup in 2026. It’s a wonderful success for Adare Manor, a wonderful opportunity for the region and, indeed, Shannon Airport and one we intend to grasp with both hands."