Limerick celebration Prides itself on inclusiveness 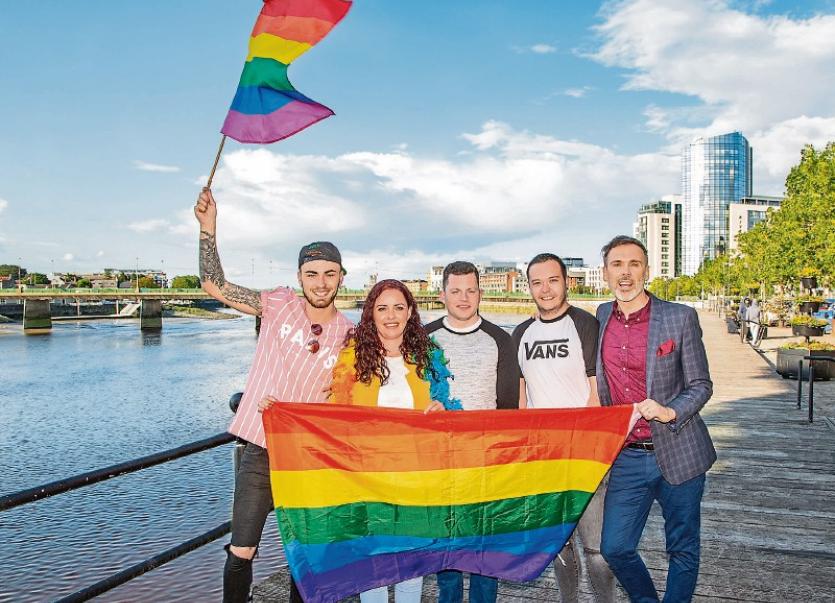 Limerick LGBTQ Pride Festival 2019 is set to kick off this Friday with the Limerick LGBT Pride Parade taking place next Saturday, July 13.

Lisa Daly, chairperson Limerick LGBTQ Pride 2019 said, “We are thrilled to be able to offer a fantastic line up for Pride 2019, running from Friday, July 5 until Sunday, July 14 with the Parade on Saturday, July 13.

The festival offers something for everyone, say organisers, culminating in the Pride Parade and the PrideFest party directly after the parade at the Hunt Museum.

“We want to welcome everyone to join us in celebrating LGBTQ culture in Limerick and show Limerick for the truly open and accepting city that she is.  Our theme this year is ‘World Pride’ as we mark the 50th Anniversary of the Stonewall Uprising and a half-century of LGBTQIA+ liberation,” said Ms Daly.

Richard Lynch, PRO Limerick Pride said, “The Stonewall riots were a series of spontaneous demonstrations by members of the LGBT community against a police raid that took place in the early morning hours of June 28, 1969, at the Stonewall Inn in Greenwich Village Manhattan, New York City. They are widely considered to constitute the most important event leading to the gay liberation movement and the modern fight for LGBT rights in the world.”

The Pride committee is delighted to announce this year's Grand Marshall as Moninne Griffith, executive director of BeLonG To Youth Services, a national organisation supporting lesbian, gay, bisexual, transgender, and intersex (LGBTI+) young people in Ireland. Moninne is a passionate social activist with over 20 years’ experience in the fields of advocacy, law and social justice.  After spending eight years as director of Marriage Equality, a single-issue organisation working for, and historically achieving, equality for same-sex couples in Ireland, Moninne is acutely aware of the needs and challenges of the LGBT+ community in Ireland today. Moninne was chair of the Government’s Gender Recognition Act Review Group and was also a member of their LGBTI+ Youth Strategy oversight committee. Moninne was also a member of the Government’s Taskforce on Youth Mental Health and is a former Chairperson of the National Women’s Council of Ireland.

She said, “Pride this year marks the 50th anniversary of the Stonewall uprising – the birthplace of the LGBTI+ rights movement.  Pride was made possible by brave members of the LGBTI+ community who took a stand for LGBTI+ equality in New York.”

A full line-up can be found at www.limerickpride.ie